John Grierson (1898–1972) was a Scottish film director and pioneer of documentary filmmaking. It was Grierson who initially coined the term “documentary” in a review of Robert Flaherty’s Moana (1926). He famously defined documentary filmmaking as the “creative treatment of actuality”. In his essay, First Principles of Documentary (1932), he argued for the potential of  documentary film as a new art form based on its capacity for observing life. Grierson’s view of film was based on a firm belief in its potential as a form of social and political communication and as an art form capable of creating a better understanding of the world. He also directed two features early in his career, Drifters (1929) and Granton Trawler (1934), after which he contributed productionally and artistically to many other films, including Night Mail (Basil Wright & Harry Watt, 1936) and Coal Face (Alberto Cavalcanti, 1935). Many of those collaborations were embedded in the British Documentary Film Movement, which Grierson also founded and briefly formed a part of. In 1939, Grierson was appointed the first commissioner of the National Film Board of Canada. He was honoured with the Golden Thistle Award for Outstanding Achievement in the Art of Cinema at the Edinburgh Film Festival in 1968. 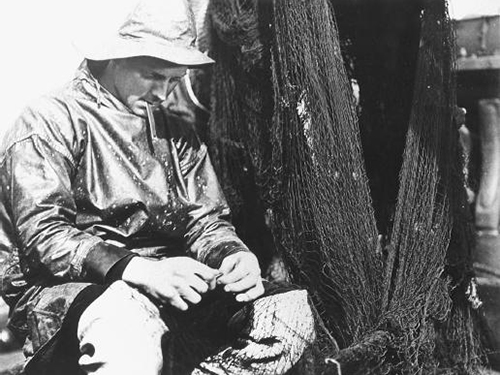