Tonight, La fugue de Suzanne is available free of charge on Avila between 7 pm and midnight.

In these coronavirus times, we miss cinema. Not just the big screen and full sound, we miss being together. That is why KASKcinema has set up a virtual alternative, KASKcinema Uncut: Watching Apart Together.

On 20 May, Sabzian and KASKcinema Uncut are hosting the seventh Seuls film evening online, with a digitalised version of Jean-Marie Buchet’s La fugue de Suzanne, based on the last existing celluloid copy of the film. La fugue de Suzanne is a rare gem in Belgian film history, self-financed by the director and creating an absurdistic reality with minimal cinematic gestures.

Jean-Marie Buchet was born in Jemappes in 1938. After studying film at La Cambre (Institut Supérieur des Arts Décoratifs), he directed several short films before finishing his first feature-length film in 1974, La fugue de Suzanne. In 1979, he presented Mireille dans la vie des autres at the International Film Festival in Moscow. He regularly collaborated with filmmakers such as Patrick Van Antwerpen and Boris Lehman, and he participated in films by Jan Decorte as an actor, editor and sound engineer. Between 1996 and 2009 he contributed to the film magazine Grand Angle. He also worked in the film restoration department of the Royal Belgian Film Archive for several years.

On 20 May, on the evening of the screening, an introduction to the film will be posted on KASKcinema’s Facebook page. You will be able to watch La fugue de Suzanne for free between 7 pm and midnight on Avila here. The film will remain available to rent on Avila afterwards.

Seuls. Singular Moments in Belgian Film History is a series of film programs accompanied by the publication of unique texts by Belgian filmmakers and writers on Sabzian’s website. It is often said that cinephiles don’t know or are rarely appreciative of their own national cinema. Film critic Adrian Martin “observe[s] a very intriguing dimension of cinephile thought: namely, the usually feisty way it negotiates a fraught relation with the cinephile’s own national cinema. Indeed, I sometimes think I can spot a cinephile by the intensity of their hatred for their national cinema.” With this series of film evenings, Sabzian aims to chart the wayward landscape of Belgian cinema with images, sounds and words, by means of an affectionate countermovement. 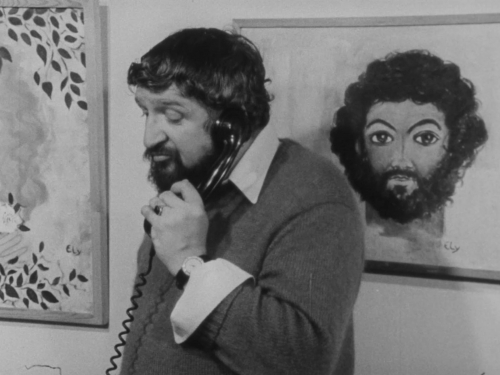 “Boredom is the dream bird that hatches the egg of experience.”

With the imperturbability of a great humorist, he stubbornly adheres to a fixed camera position. Buchet dared to tell a non-story with indecisive protagonists. In an atmosphere of ironic passivity, twelve tableaux or “stations” punctuate the stages of Suzanne’s flight from Albert to Emile and back to Albert. The Albert in question plods along between his friends Emile and Victor, while Albert’s presence as an abandoned wreck is difficult to bear for Victor’s girlfriend. Grumpy but amiable, these three “young old men” repeat fragements of sentences, yawning and totally bored. Albert and Victor have an outspoken love-hate relationship with the books that surround them. And in the midst of a proustian flow of words (Suzanne as Albertine...), Victor unexpectedly disturbs the thick layer of indifference with an emotional outburst. The director considered him worthy of a major exception, in blatant contradiction to his general poetics: boring and austere white in which the characters move or cannot move forward as if in a coagulated water plane, but in a very human way, despite the rather bizarre light in which Buchet shows them. Those are the mysteries of La fugue de Suzanne: a description of the crisis of the intellectual, but also an exercise in non-violent, spiritual and lofty recitation. Leaving from the port of Beckett, via the intermediate port of Tardieu and passing Eustache, Buchet runs aground on a beach that is clearly his, populated by grey shadows and palpitating unspoken but no less vivid feelings. The gestures and words have the somewhat sleepwalking economy of Eastern pantomimes, but Suzanne and her “old men” between two ages are closely related to our daily conflicts, to our inner torments. Buchet aims high, but fortunately feigns irony and provocation; his extreme distanciation is not the only merit of this quite extraordinary film.

“Jean-Marie Buchet is Bresson or Duras as seen by Henri Rousseau. He is our very own Eustache, stripped from his Parisian context.” 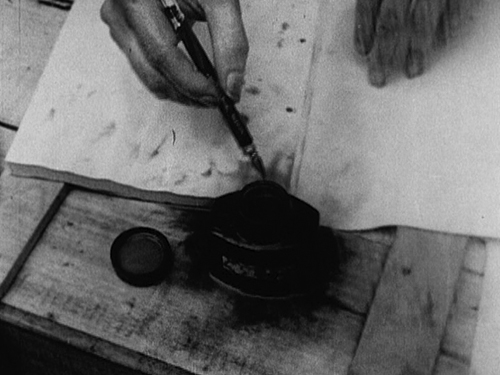 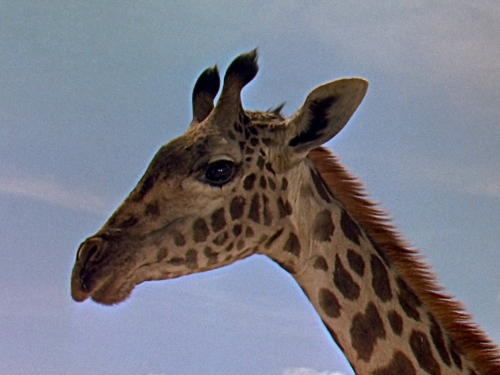 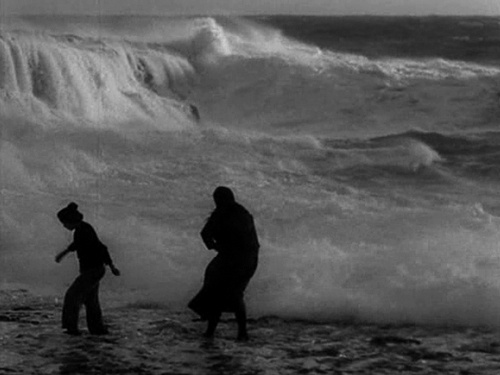