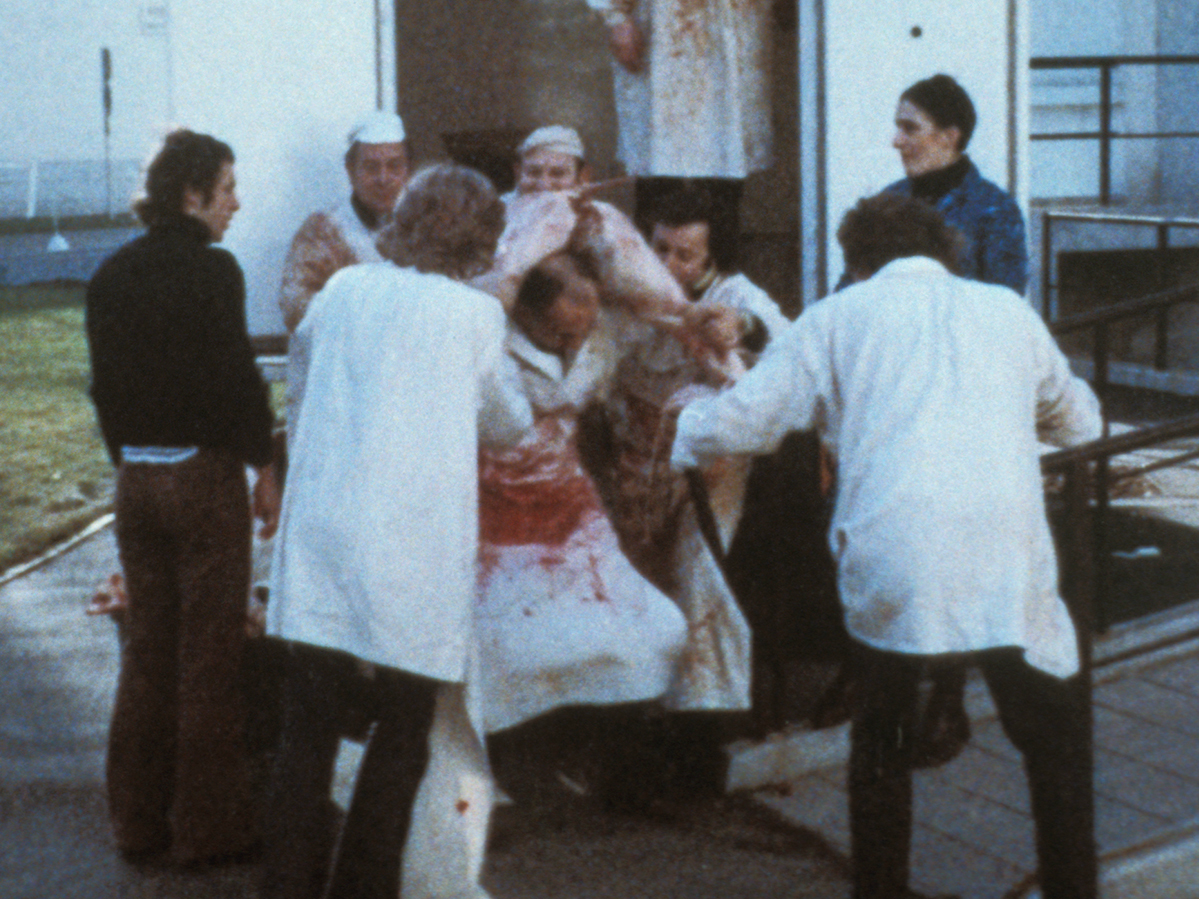 “Such, in its strange, timeless beauty, is the declaration of Godard’s film. ‘Everything’s all right’ is a statement whose creative force can be gauged by the fact that, in real life, it seems clear that everything is going to hell in a handbasket. ‘Everything’s all right’ is the attitude of those who organize themselves freely and are answerable to no one but themselves.”

“The point of Tout va bien, whose mise-en-scene is clearly inspired by Brecht’s lehrstücke (an attentive critic called the film ‘the Sesame Street of political radicalism’), is to take up the contradictions that are left unspoken in Coup pour coup – between the practice of cinema and the practice of politics, between the status of workers and the status of actors – in order to make them ‘productive’. This is also why Karmitz was criticized for not using the recordings of the discussions between members of the film crew and the actors before and during the shooting: instead of developing an active reflection of the working process, he chose to give the film a sense of authenticity, covering up what is at stake in the contradiction between politics and cinema. Both Tout va bien and Coup pour coup essentially started from the same assumption: that one has to know the world, reveal the reality under the surface of things, in order to be able to transform it. While the first chose to create a reflection of reality, the second chose to expose the reality of reflection. While the first chose to revive a specific struggle and reproduce a sensible perception under the watchful eye of the camera, the second chose to put to work a rational reflection on the internal laws of the struggle. Why else has Marxist thought broken with the notion of contemplation? A film too, it was said, should intervene.”

“Tout va bien is, for obvious reasons, the most ‘professional’ of the Vertov films. Gorin and Godard wanted to work again on a larger and more ‘popular’ scale. To this end, they secured two stars from the Left, Yves Montand and Jane Fonda; devised a narrative; and built a set – a sausage factory headquarters during a strike. Having accepted these concessions, Gorin and Godard play with them cunningly: for much of the film the stars function as extras, while other ‘nonstars’ assume center stage; the stars’ ‘love story,’ once it emerges, fixes their romance solidly in the context of their jobs (as film director and journalist respectively), and thus within the hypocrisies of commercial culture; and the set, in tribute to Jerry Lewis’ The Ladies’ Man (1961), is a cutaway functioning as another Brechtian Verfremdungseffekt. Such strategies make a film whose formal complexity matches a new variety of discourse: Gorin and Godard here allow boss, unionist, and radical striker all to speak for themselves, giving us more freedom to weigh their respective positions. This freedom is welcome, though it also indicates a loss of fervor. As Gorin has said, Tout va bien is a film of 1972, not of 1968; and the bleakness of its concluding travelling shot underlines the inadequacy of the revolutionary actions that it depicts, the passing of the revolutionary moment.”

Christian Braad Thomsen: Godard has been quoted as saying that the reason why he started to work with you was that he was on his way out of cinema in order to become political, and you were on your way out of the political camp in order to do cinema.

Jean-Pierre Gorin: I wanted, for a long time, to make films, but I didn't want to enter the traditional system of filmmaking. So I started to analyze what had been produced in France, and what kind of aesthetics suit the problems I was trying to settle. It became obvious that I couldn't work with anyone else than Jean-Luc. It was a very risky way to get into production, because Jean-Luc had been concentrating entirely on himself and represented all the mystique of the auteur. At the beginning of ‘68 I was working in a factory after having been thrown out of the newspaper Le Monde where I had been a literary critic.

Jean-Luc wanted to do a film with all the various groups in which people tried to live in new ways: groups involved with politics, music, theatre, etc. It was going to be a 24-hour film called Communications and he asked me to make the Maoist part of it. So I started writing a script called A French Movie based on the experience I had had for two years organizing political groups. I gave the script to Jean-Luc. It was an attempt to put political points into an aesthetic form, and it was never filmed. But all the films we made after ‘68 are in some way a transformation of this original script: British Sounds, Pravda, Tout va bien, etc.. Jean-Luc brought a lot of reflections to the script and my own evolution with him also added things.

So this script was really the start of the Dziga Vertov group?

Yes, but still Jean-Luc made the first films himself: Un film comme les autres, British Sounds, Pravda. And afterwards they were credited by the Dziga Vertov group in order to point out that although the films are Jean-Luc’s work, they were also a result of the theoretical discussions between the two of us. [...]

The couple in Tout va bien doesn't seem to be a break with the couples in Godard’s earlier films right from À bout de souffle, but to be the politically conscious development of the earlier couples.

Yes, exactly. Our slogan when doing Tout va bien was that we are going to do the same old thing, but differently. The original title of Tout va bien was Love Story. We wanted to do an ironic and joyful film playing with the codes of the normal cinema, and that is why the development of the relationship between Jane Fonda and Yves Montand is so similar to other films. But when it is so much alike there is also the possibility of producing new elements. Maybe the trouble with Tout va bien is that we didn't succeed in doing the same old thing differently, because for the French audience the film is completely different. That’s why, maybe, that it is of no use any more to try to deal with the traditional codes at all. We really need to produce films that are breaking points – we need to produce new elements, new visuals, new sounds, and to re-think completely the notion of editing. That’s why Jean-Luc is getting into video. Video is a complete change in the conception of editing, because you edit while you are shooting. He is going to be ten years in advance, because it is a completely non-mastered technique promoted as aesthetics. 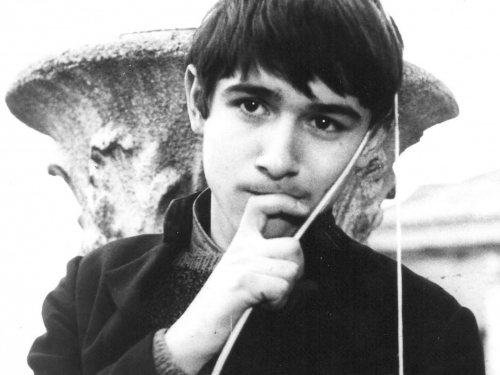 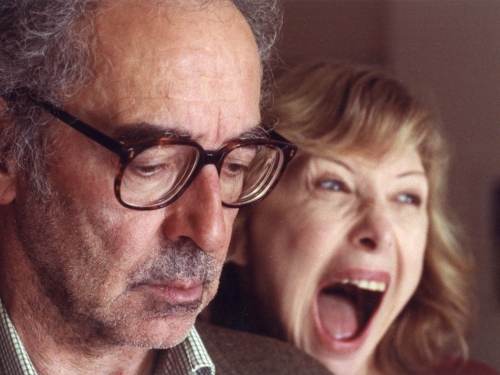 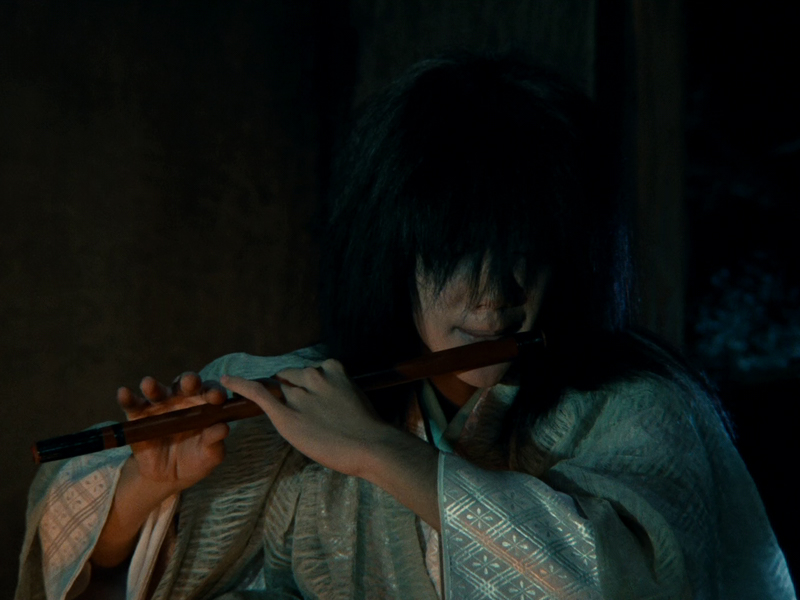 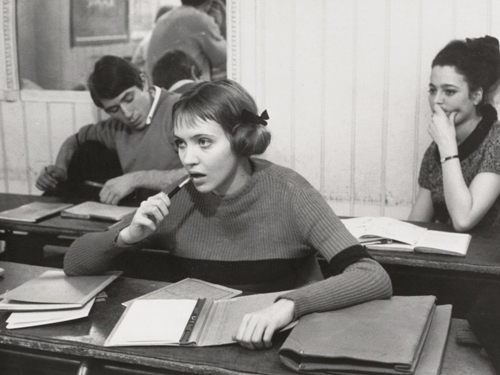