On 21 January 2021, Sabzian and Courtisane are hosting the fifth Milestones screening online, presenting Al-mummia [The Mummy] (1969), the only full-length film by the Egyptian screenwriter, costume and set designer, and filmmaker Shadi Abdel Salam (1930-1986), which is also known by its alternative English title The Night of Counting the Years.

Shadi Abdel Salam (1930-1986) was an acclaimed artist among Egyptian, Arab and international filmmakers. He was a creative designer of set decorations and costumes, a screen writer and a film director with a unique vision that embraced ancient Egyptian culture as well as Egypt’s Islamic and Christian heritages. Born in Alexandria on 15 March 1930, Shadi graduated from Victoria College, Alexandria, in 1948 and then moved to England to study theater arts from 1949 to 1950. He graduated as an architect from the Faculty of Fine Arts, Cairo, in 1955, after which he worked for several years as assistant to architect Ramsis W. Wassef. He went on to design the decorations and costumes for numerous historical Egyptian films among which Wa Islamah [Sword of Islam] (Enrico Bomba & Andrew Marton, 1961), Almaz we ‘Abdou el Hamoulî [Almaz and Abdul Hamuli] (Helmy Rafla, 1962) and Al Nasser Salah Ad-Din [Saladin] (Youssef Chahine, 1963). He also participated in designing the sets and costumes of a number of foreign films such as Cleopatra (Joseph L. Mankiewicz, 1963), Pharaoh (Jerzy Kawalerowicz, 1966) and La lotta dell'uomo per la sua sopravvivenza [Man's Struggle for Survival] (Renzo & Roberto Rossellini, 1964–1970). With the help of Roberto Rosselini, Abdel Salam was able to direct his first full-length feature, Al-mummia, in 1969. His next dream project, Akhenaton, was never accomplished, in spite of fifteen years of intensive preparation and research.

Introduction to the film by Stoffel Debuysere:

The film will be available on Sabzian free of charge only in Belgium. The presentation of Al-mummia is part of a series of four Milestones screenings hosted online by Sabzian, of which three in collaboration with Courtisane. 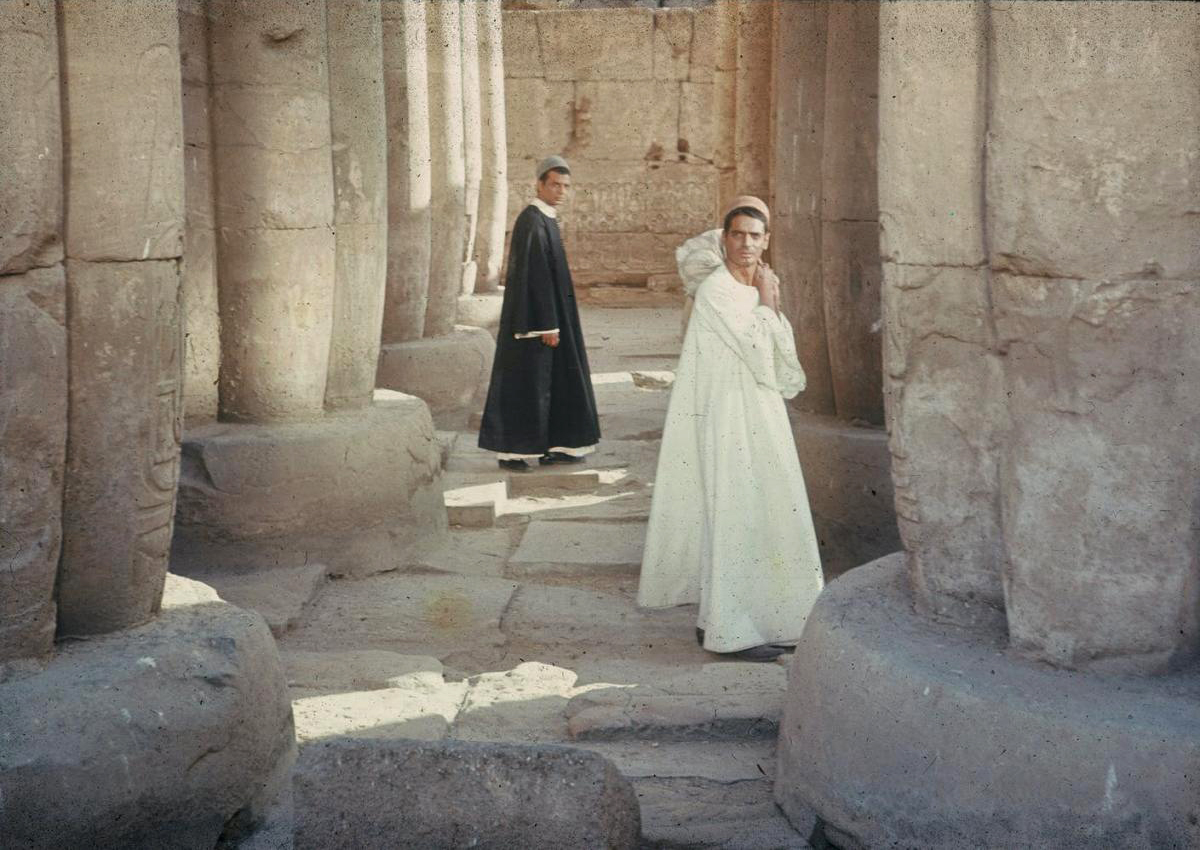 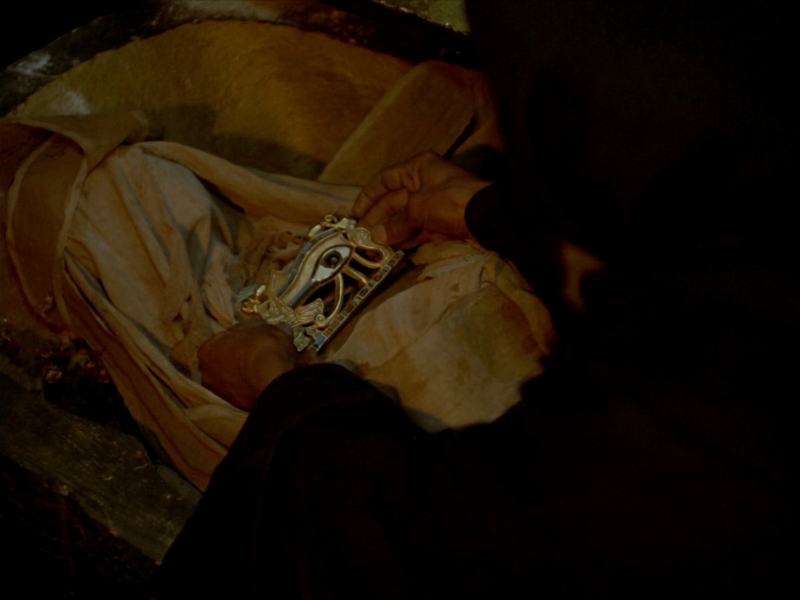 Set in 1881, on the eve of British colonial rule, The Mummy tells the true story of an Egyptian clan that has been robbing tombs for three thousand years. When Antiquities Service officials find mummies on sale in Cairo’s open market, mayhem ensues.

“Al-mummia (translates directly to The Mummy), rightfully acknowledged as one of the greatest Egyptian films ever made, is based on an incident from 1881, when it was discovered that a tribe had been secretly raiding the tombs of the Pharaohs in Thebes. An astonishing piece of cinema, the picture was extremely difficult to see from the ‘70s onward. Al-mummia [released in the U.S. as The Night of Counting the Years] has an extremely unusual tone – stately, poetic, with a powerful grasp of time and the sadness it carries. The carefully measured pace, the almost ceremonial movement of the camera, the classical Arabic spoken on the soundtrack, the unsettling score by the great Italian composer Mario Nascimbene – they all work in perfect harmony... This picture has a sense of history like no other, and in the end, the film is strangely, even hauntingly consoling – the final understanding of who and what we are.”

“I first read the story of the discovery of mummies in Dayr al­Bahrī in 1956. And it became the subject of my first film. Back in 1963, while I was in Poland working on Pharaoh, my longing for Egypt during one very cold winter night drove me to think about the idea. I thought to myself: “Where is this aspect of Egypt?” From there the journey of The Mummy took off in my mind. In 1965, its first form appeared: a poem about forty lines long which I wrote in a foreign tongue. It’s not a poem in the real sense of the word, but it is a composition closely resembling poetry. After that, I started writing the scenario. At first, it was a traditional, realist film that I called Buried Again and then Wanys. But I wasn’t in a hurry and was searching for the form that would mesh completely with how I expressed myself.” 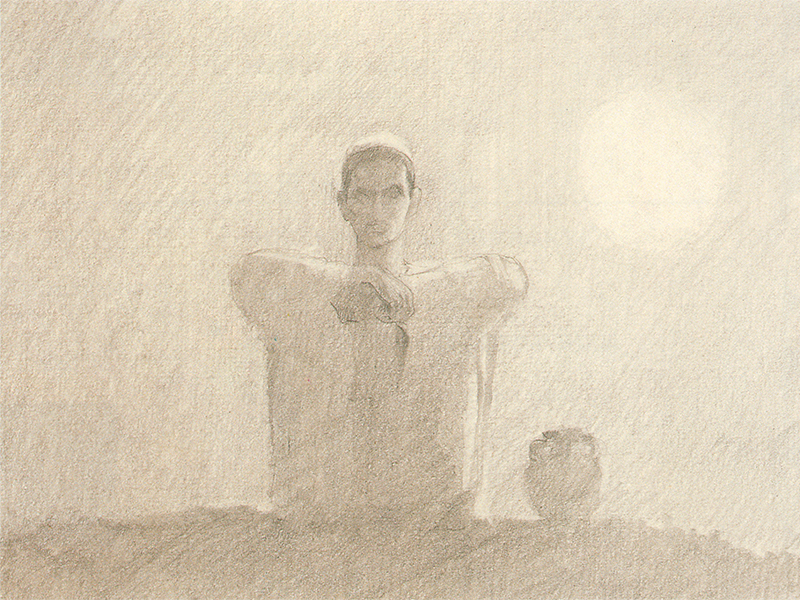 Drawings sketched by Shadi Abdel Salam in preparation for his film Al-mummia [The Mummy] (1969), also known as The Night of Counting the Years. 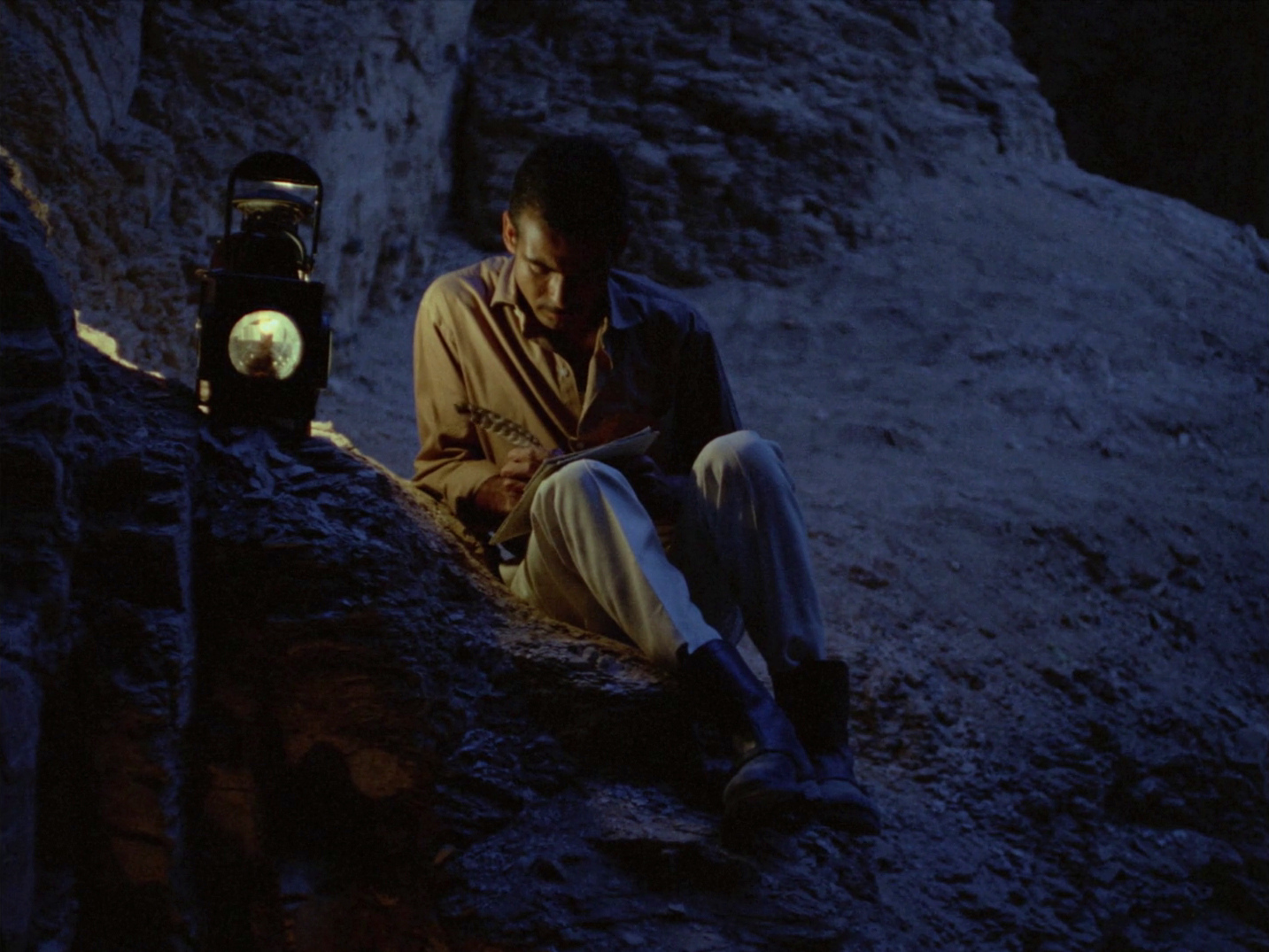 So, your film is above all a reflection on the destiny of a national culture?

Absolutely. The crime narrative was just a pretext. Besides, The Mummy is a film that I felt, and therefore constructed, on various levels.

Set in 1881, on the eve of British colonial rule, The Mummy tells the true story of an Egyptian clan that has been robbing tombs for three thousand years. When Antiquities Service officials find mummies on sale in Cairo’s open market, mayhem ensues.