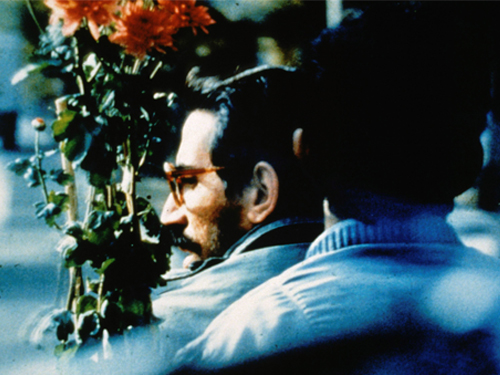 The website Sabzian.be was founded in 2013 by a group of young Belgian filmmakers, meeting their shared sense of a lack with the desire to invest in a thriving film culture. As they see it, films are not aimlessly adrift in empty space, but are radically embedded in our lives and our world. Engaging a variety of writing styles and a carefully selected agenda, Sabzian seeks to deepen the discourse and the imaginative capacity of cinema and visual culture, and aims to present a cinephile cartography of Belgium and its surroundings. It provides a space for taking the viewing of and the reflecting on films seriously. Averse to projected certitudes, Sabzian envisions a continuous historiography of forms and fictions.

“Cinema is important to me. It’s like a prism. A good film... is part of my life. With every good film I see, I feel reborn. It feels as if I made it myself, as if it were my creation.” – Hossein Sabzian (the protagonist in Close-Up (1990) by Abbas Kiarostami, the figure to which Sabzian owes its name).

In the last couple of years, Sabzian.be has grown into a valued platform that cultivates a durable exchange between new content and the transmission and contextualisation of existing cinephile initiatives. Sabzian seeks to more effectively fulfil this role as thematic ‘mediator’ and become even more a space for visitors to return to and wander endlessly. This vision has now been rendered into an all new design for the Sabzian-website. With the agenda and articles more closely interlinked, every new screening and text will generate a completely new set of connections and resonances – on the one hand, by evoking older screenings; on the other, by bringing related textual content to the foreground.

A Roundtable on Film Criticism

“Cinephilia does not simply consist in the act of watching films, in the semi-darkness… It consists in not talking for an hour and a half, in the obligation to listen, the obligation to watch, and in making up for this delay in the hour and a half after the film ends. And if one has no one to talk to, one starts writing – that still is a way to talk.” – Serge Daney

Why write about cinema? And in what way? Why is it that writing and thinking about cinema on the one hand, and watching and making films on the other, are historically so profoundly intertwined? And how could one begin to understand this symbiosis between thinking and writing about cinema? The very act of writing about cinema fosters a conversation about cinema, as a way to relate to cinema, to share cinema, and thus to see cinema. We take in more from things when we feel capable of putting them into words, or when we suddenly feel ourselves able to recall them in our memory.

During a round-table conference on the value of film criticism in its variegated forms, Gerard-Jan Claes and Elias Grootaers of Sabzian will conduct a conversation with the French film theorist and critic Raymond Bellour (Trafic), the French film journalist Joachim Lepastier (Cahiers du Cinéma) and the British film journalist Isabel Stevens (Sight & Sound).

The roundtable will be held in English.

After the conference, a screening will be held of Jacques Rivette, le veilleur, with an introduction by Raymond Bellour about Serge Daney’s legacy. You can find more information about the screening here.