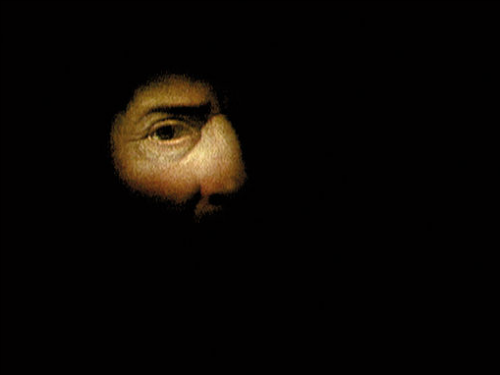 “In France we have a saying: ‘Le chemin se fait en marchant’; the path is made by walking it. And that, for better or worse, is how I tend to work as a film-maker. I make my documentaries from a position of ignorance and curiosity. I need to have a starting point but I don’t need a map; I don’t need to know the final destination. In this way, the film is an invitation. It’s saying: come with me and we’ll go and see what’s happening. We might get lost but that’s OK.”

“La ville Louvre isn’t a documentary on the Louvre Museum. La ville Louvre is a fantasy film, a musical, a political pamphlet, an action movie, a comedy, and a lot of other things too. Anything you like but a documentary on the Louvre Museum. It begins with rhythmical sounds like hammering, flashing lights, shapes making up a sort of Rorschach test. And then come motion and movements that more or less match, synchronizing in a perceptible or imperceptible manner.

Nicolas Philibert never gets ahead of what he films. He doesn’t know what to think of an unusual or impressive situation. Or at least he makes sure that he doesn’t say so. He opens his eyes and his ears. He sees the blue of the cleaner’s overalls and the blue of the Holy Virgin’s robes in a painting. He hears the running feet of the heroes of Bande à part in the firemen’s training. He looks for Belphegor without finding him behind hidden doors, trapdoors that open up in the ground, and concealed staircases. No need to invent stories: they are here, hundreds of them. A corner of a painting, for instance, can fuel the imagination as a cultural gem, but also as a souvenir of movies relating the theft of paintings from museums. There is no need to say that we like painting or that culture is important. The images on the screen are the perfect confirmation of that.”