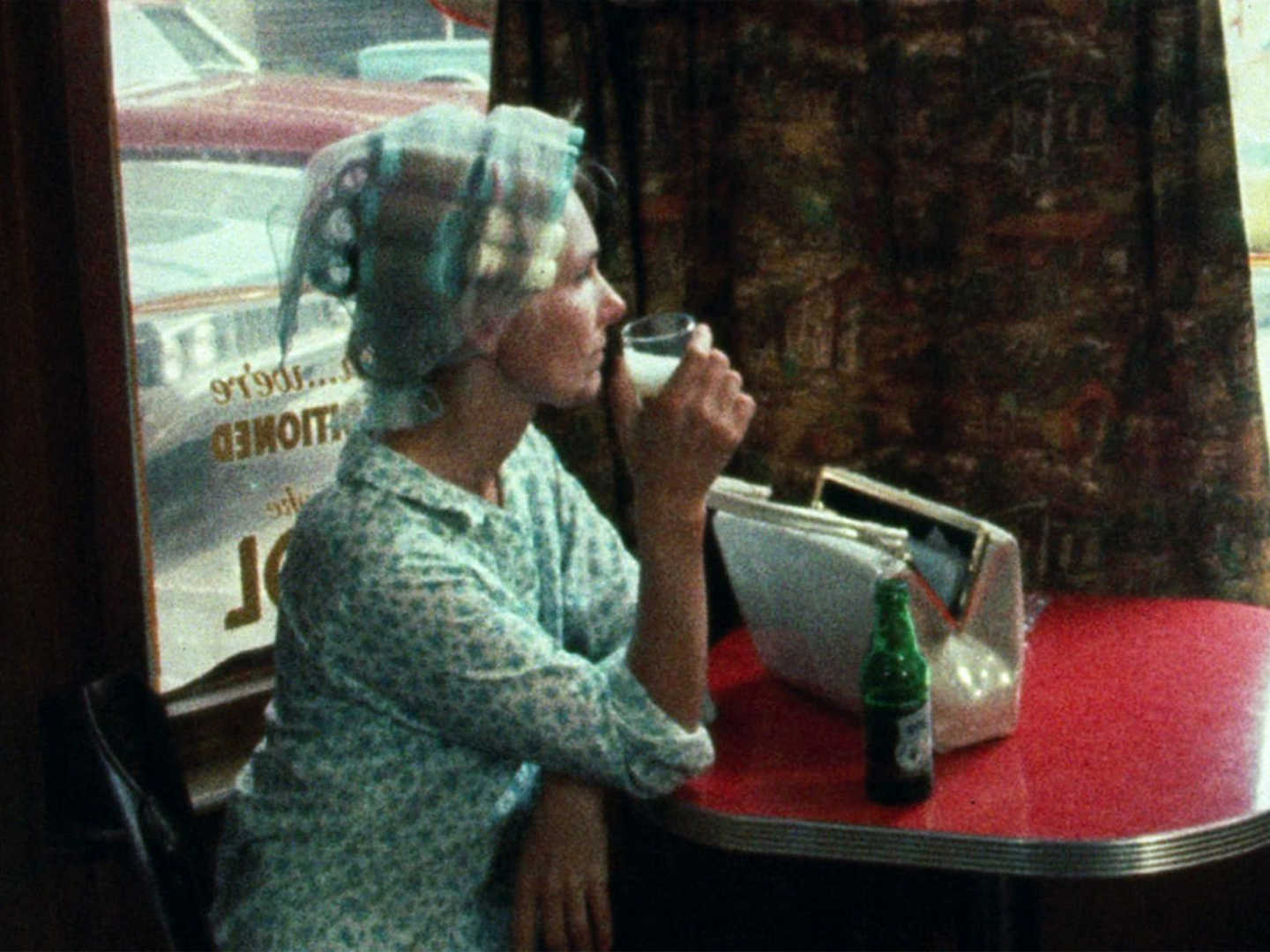 Set in the coal mining region of Pennsylvania, this film follows Wanda, an alcoholic who abandons her husband and children for a life of drinking and sleeping with strange men. Her world changes again when she walks in on a man attempting to rob a bar and ends up on the road as his partner in crime — a ride that leads them both toward the unexpected.

Marguerite Duras: I want to distribute Wanda, your wife, Barbara Loden’s film. I am not a distributor. I mean something else by this word. I mean to use all my energy to make certain that this movie reaches the French public. I believe I can. I think that there is a miracle in Wanda. Usually there is a distance between the visual representation and the text, as well as the subject and the action. Here this distance is completely nullified; there is an instant and permanent continuity between Barbara Loden and Wanda.

Elia Kazan: Her acting career showed her that no script was permanent. For her, there was always an element of improvisation. (I am speaking English in order to be more precise.) There was always an element of improvisation, a surprise, in what she was doing. The only one, a far as I know, who was like that is Brando when he was young. He never knew exactly what he was going to say, therefore everything would come out of his mouth very alive.

Marguerite Duras: The miracle for me isn’t in the acting. It’s that she seems even more herself in the movie, so it seems to me – I didn’t know her – than she must have been in life. She’s even more real in the movie than in life; it’s completely miraculous.1

“In Wanda, everything remains en suspens, Loden's shots begin a bit too soon, last a bit too long. The dictatorial “Action!” and “Cut!” of the director – bellowed out with such sadistic authority – is here prefaced by a “maybe”. The frame, too, is here too wide, there too narrow. Each shot unravels at edges. There is no other way to escape the constraint of the film set except to act carefully, as if you know nothing about it.”

“Loden described Wanda as being about a woman unable to adapt to her environment. She fits in nowhere, never understanding the rules of any place or situation. ‘Life is a mystery to her’, Loden said in a 1972 television interview. Wanda is frequently shown on the move, traversing large distances by bus or car. Yet, even when she is actually going somewhere – such as in early scenes where she is on her way to a family court hearing, although we are not immediately made aware of this fact – the film renders her voyaging as an irresolute drift, without clear destination or purpose. Like Gilles Deleuze in his Cinema 1 conjuring the modern ‘voyage/ballad’ film with all its errant disconnections, Loden renders Wanda’s trajectory as part of a narrative that is only loosely ever ‘stitched up’ or driven forward – even when it reaches the bank robbery scenes.

Wanda is an estranged body in motion, wandering through city streets. She crosses vast industrial landscapes and barren coal mining fields. There is never any home, family or community anywhere for her, never any sign of belonging. Pictorially, Wanda’s figure tends to be decentred in the film frame, jammed in or blocked from view by elements of her surroundings (such as traffic). She is frequently on the verge of slipping away at the margins of the screen; even Nicholas Proferes’ camerawork makes a show, at times, of struggling to keep her in view.”

“[...] Loden was alone, as alone as these 19th century female writers described by Virginia Woolf: ‘whatever effect discouragement and criticism had upon their writing… that was unimportant compared with the other difficulty that faced them… when they came to set their thoughts on paper – that is that they had no tradition behind them, or one so short and partial that it was of little help’. A pioneer female filmmaker, Loden was working without a net, without role models, without a network of female collaborators (‘sisterhood’ was not invented then), in a void. Of her lonely fight, we know practically nothing, for she was shy and found it difficult to express herself, especially in public and in interviews. What we know of her life has been recounted by her male collaborators, so it is in the fictions she wrote we must look for her true voice. Apart from the difficult-to-see Wanda, her work has disappeared or is not available. No wonder women’s lives are often no more than ‘a little line scratched on the tablets of history.’ So it is to Wanda that I’ll turn again, as a story of the sentimental education of a woman, who, despite the differences of name, age, class or ethnic background, could be Barbara Loden, or you, or me.” 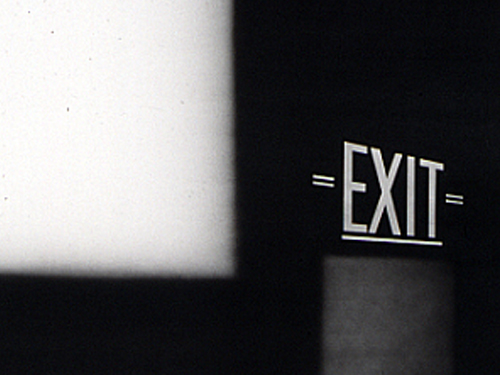 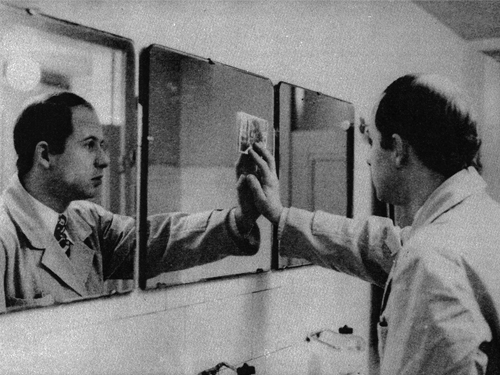 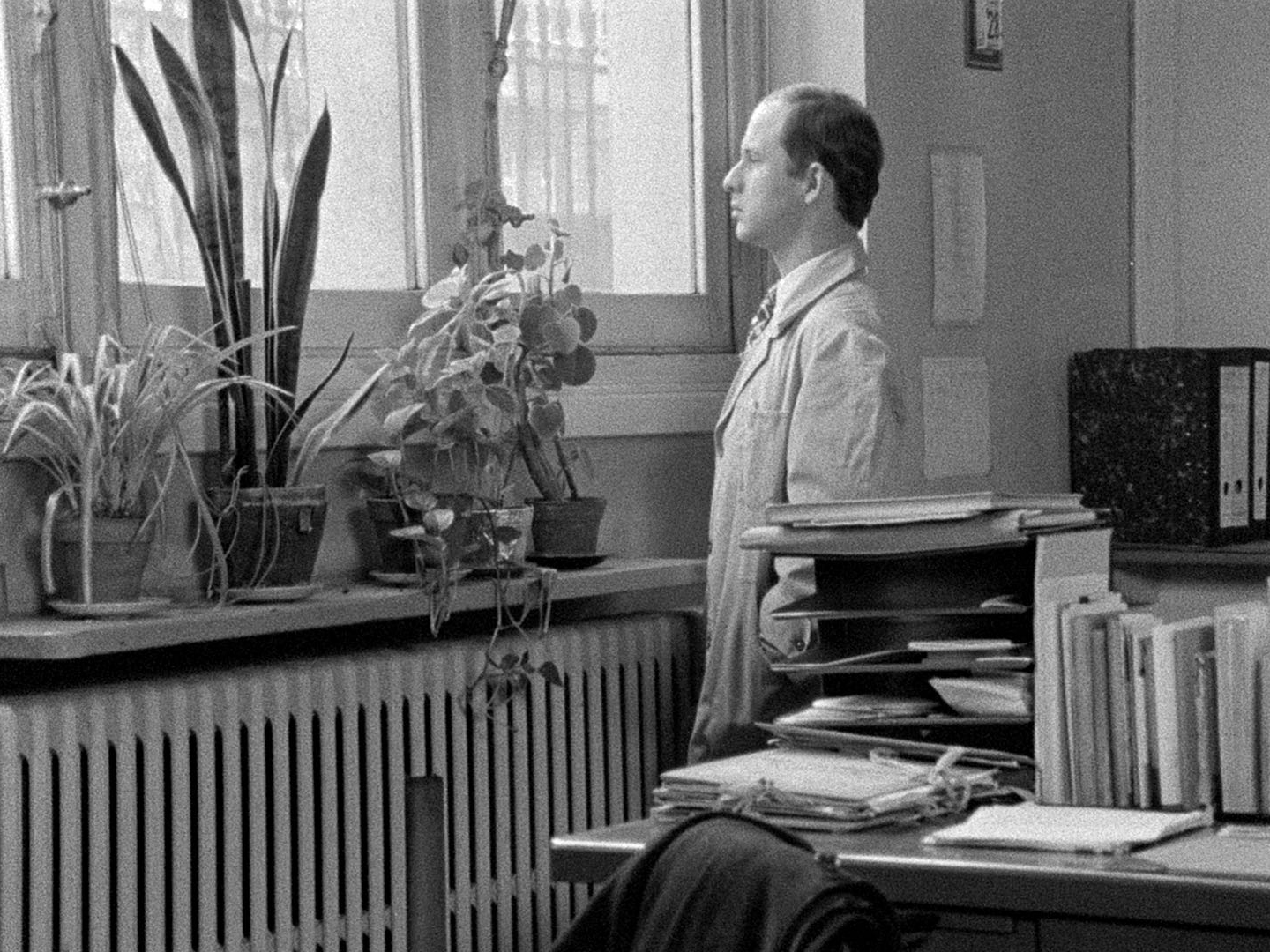 It is an intriguing film because of its original position in the field of Flemish film production. This is not some attempt at a standard technical finish that’s devoid of aesthetic politics. It is a clearly defined boundary, an emphatic style within which the entire film must develop. This is an unusual (almost suicidal) road for a young (Flemish) filmmaker. His colleagues are out to make attractive films that people will consider solid and professionally made. Films that are able to attract official subsidies, but only lead the public to believe that “we” might one day be able to make one too.