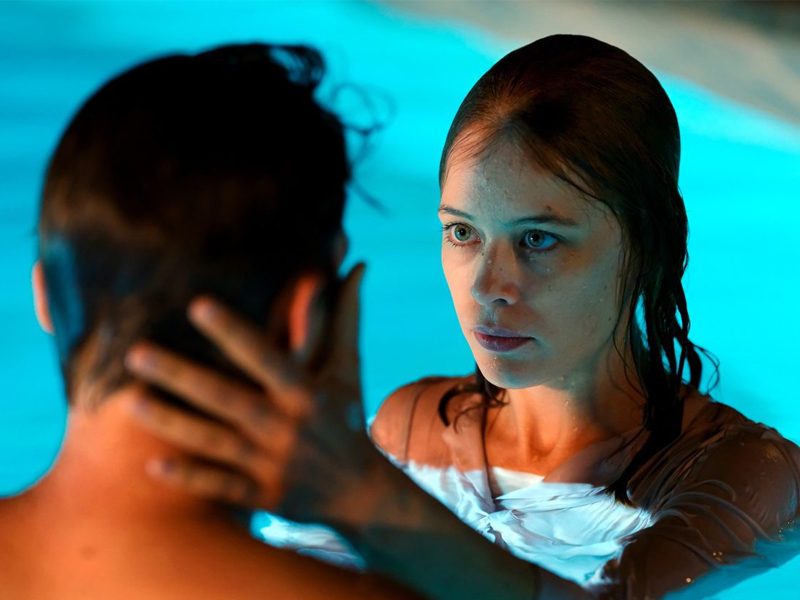 Undine works as a historian lecturing on Berlin’s urban development. But when the man she loves leaves her, the ancient myth catches up with her. Undine has to kill the man who betrays her and return to the water.

Cineuropa: You were inspired by the story Undine by Friedrich de la Motte Fouqué. What does it mean to you?

Teresa Vena: I studied literature and have read a lot in my life. With my children, I started to read fairy tales again, and I also read the story of The Little Mermaid to them. At the same time, I read a book by Peter von Matt about betrayed love in literature, where he also has a chapter on the aquatic creature Undine. He quotes the fantastic sentence, “I cried him to death.” Undine sees this man who betrayed her and envelops him in the water bubble around her. He falls to the ground and dies.

Undine made me think of the relationship between directors and main actresses as well as the one between muses and artists. Isn't it a sort of perpetual betrayed love for all the Undines of this world? Don't men always dominate everything? It's not that Undine wins in the story; she has to go back in the water and wait for the next man to come along. She exists only through men, and that is a horrible curse. Our story aims to explore an Undine who is struggling against this. Then along comes a man, a proletarian, an industrial diver, who interferes with the curse. He is not suspicious; he’s innocent and for the first time seems to see her primarily without any sexual desire and without wanting to dominate her. This is new for her, and a path to a new world seems possible.

“At least on first viewing. Scene by scene, Undine is never less than enthralling. With cinematographer Hans Fromm, who has been working with Petzold since the director’s film school graduation project, Pilots (1995), Petzold stages and shoots a scene as simple as a couple walking through a city or a sequence as complexly choreographed as the one that eventually positions a man and a woman side by side, facing each other, on the floor of a café as an aquarium explodes all over them with breathtaking precision. Conversations I’ve had over the years with critics, German and non-German alike, have proven that first impressions of a new Petzold feature can be remarkably similar. Yes, Jerichow (2008) is unquestionably well-made, but it’s no Yella. Phoenix (2014) is certainly solid, but it’s no Barbara (2012). And then you live with these new films for a while, their images and sequences reemerging in the mind over and again, and the realization sets in that, yes, each new addition to the oeuvre is as remarkable as the films that preceded it. I suspect that Undine will soon be following the same trajectory.” 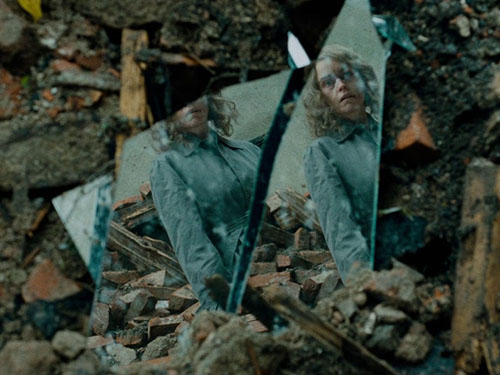 “These remains, remnants, and especially ghosts thereby inspire for Petzold not an empirical or documentary search for history and historical transformation but a haunted and uncanny one, one that points to Petzold’s elusive, spectral style.