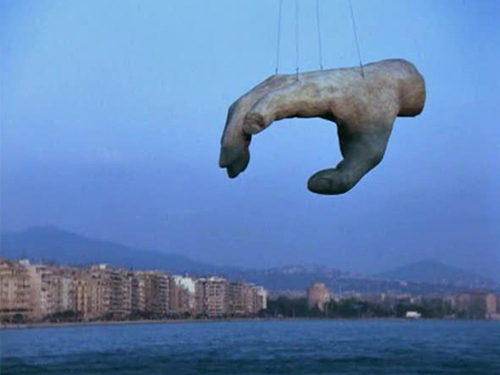 The film portrays the journey of two children in search of their father, whom they believe lives in Germany. On the way they meet many people, including a troupe of actors (a reference to Angelopoulos' early movie The Travelling Players), and encounter dangers.

“Before I saw Angelopoulos’s film, I, who had been brought up without a father, would never have thought that I would discover him in the image of a tree. This last scene of Landscape in the Mist was a revelation for me. It is a unique, one could say ‘Japanese’ moment, which surprised me, because I had always thought of the Greek tradition as exclusively one of stones, rocks, and gods. I saw in that scene a challenge to every inhibition and authority. This is why I would use Bergman’s words to say that the goal of cinema is to bring the dream back into our life, and thus help us to confront life’s difficulties.”

Serge Toubiana and Frédéric Strauss: The “landscape” in the title of your new film seems to carry a particular significance. One could consider the two children who are the protagonists ofthe films to be a kind oflandscape which you observe as ifyou were watching from a distance a place that is not familiar but you would like to get acquainted with.

Theodoros Angelopoulos: Yes, it’s what I refer to as human geography. It often happens when you look at a film where you feel you know everything there is to know about the physical aspect of the persons on screen and there is nothing more for you to find out about them. Landscape in the Mist is a kind of fairytale in which I was trying to preserve the delight and wonder of an initial discovery.

Serge Toubiana and Frédéric Strauss in conversation with Theodoros Angelopoulos1 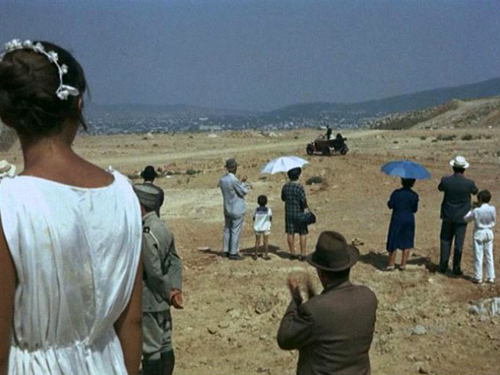 “More than Reconstruction, Angelopoulos’s direct indictment of the Junta came in 1972 with his film Days of ’36 [Meres tou ’36]. 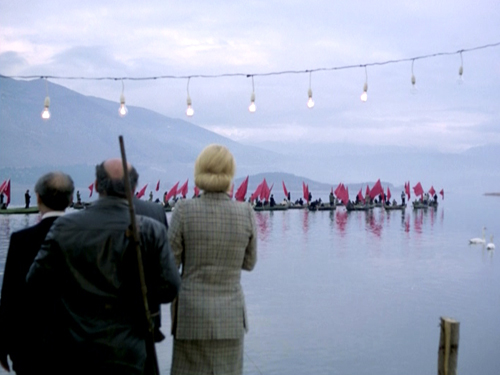 “The Hunters reflects how a man of my generation sees Greek history, a history whose continuation blends with the years of my own life. It is a study of the historical conscience of the Greek bourgeoisie. In Greece, the ruling class is afraid of history and, for this reason, hides it. 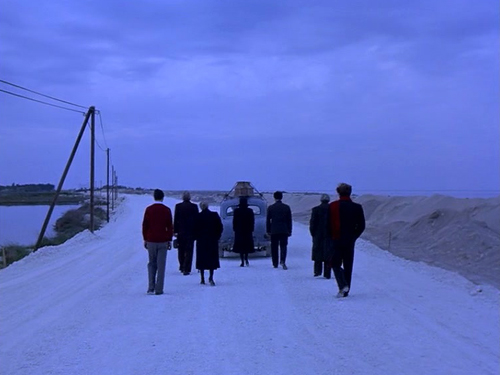 Greece, 1939-1952: Fascist, Nazi, and Communist conflict, as seen through the eyes of a family of travelling provincial players.