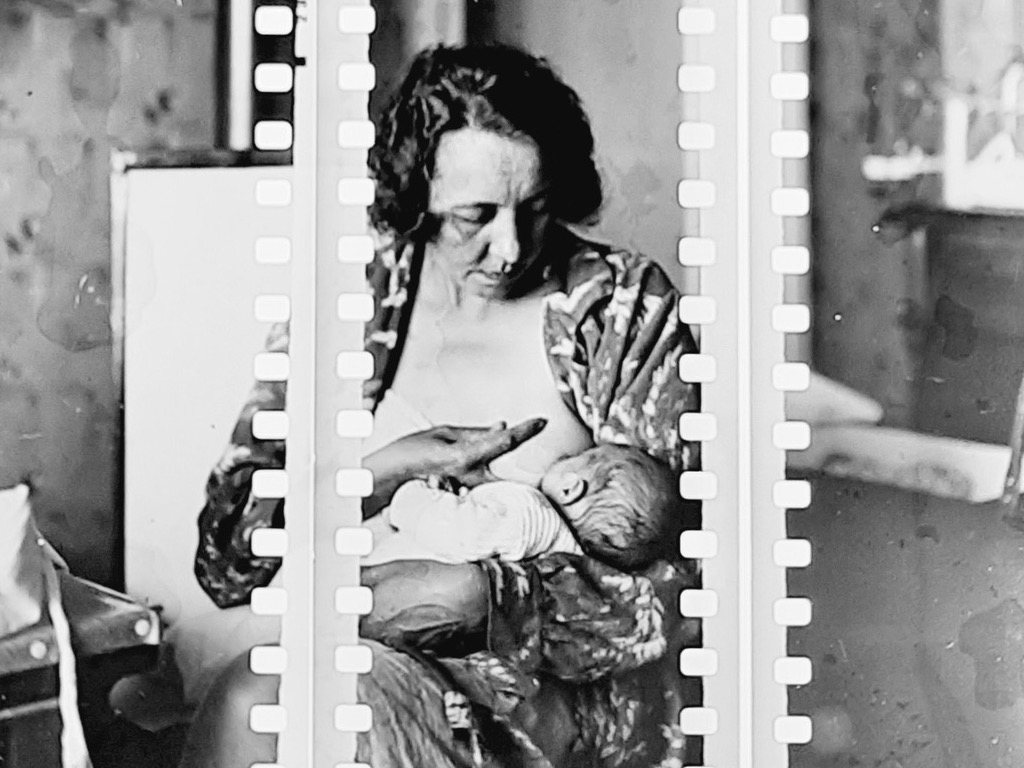 Vienna’s Jewish Währinger cemetery opened to the public in 1784, during an era of tolerance and prosperity that eventually coincided with the dawn of photography. With the rise of Nazism, this historical jewel of a Biedermeier cemetery was variously desecrated and became an overgrown wilderness, though passersby noted it sounded as if a paradise of birds was locked behind its high stone walls. The graveyard today bears further scars of political and inertial neglect. Without the care of generations displaced or killed during the Nazi era, graves have been decimated by the falling branches and uncontrolled growth of ancient trees while the words and symbols on tombstones disappear into dust. Singing in Oblivion interweaves footage shot on location with images painstakingly lifted from antique glass negatives and printed one frame at a time in a darkroom onto 35mm film strips. In honor of refugees past, present and future, facing the loss of life, loved ones, language, and homeland, in kindred empathy with their children, and in thanks to all those who offer compassionate sanctuary (Eve Heller).

“I don’t believe in voice-over. I am an echo chamber of forgotten lives and disappeared worlds, a free-floating song, heaven walks the earth.”

“A magnificent visual and musical poem, simultaneously timeless and in delicate synchronicity with our devastated present.”

“Films that uncompromisingly deal in (and with) death necessarily seem to have fallen out of time, like the dead themselves. Singing in Oblivion takes this idea as its point of departure and goes missing in the hereafter, in a shadow realm of forgotten places, forms of existence and world views. The film opens with ten tranquil shots, devoid of human beings – silvery images meticulously detailed akin to copper etchings – with an eye to the interaction of plant-life, light and stone. High grasses dappled by sunbeams overgrow the Jewish section of the Währinger cemetery, a solemn place hidden behind a high stone wall topped with barbed wire, it is locked behind a gate adorned with a sign prohibiting entry: only the gentle motion of leaves and branches indicate that these are not still photos. A complex nature chorale is performed off-screen: The dubbed singing of birds in the land of oblivion resonates like the vestiges of a dream from which one has just awoken, no longer to be grasped. The birdsong remains present, the pulse of the film now accelerates. Abstract patterns start to dance from focus to blur, crystal clear images grown under the light of an enlarger fly by, grasses, flowers and ears of wheat flit past – reminiscent of Stan Brakhage’s Mothlight as well as Man Ray’s photograms. Nervously flickering, cut-up photographs of anonymous faces and rooms unfold: details from glass negatives acquired at a flea market present family scenes and portraits that evoke a lost world, remnants perhaps of a disappeared Jewish bourgeoisie. Eve Heller works with textures, mirrored images and over-exposure to fragment and breathe life into her photographic finds. The spidery lines on the face of a woman evidence old age – of the photographic material itself. In the end, the penetrating gaze of a baby looks at and through us, from the depths of an everyday historical past to future generations.”