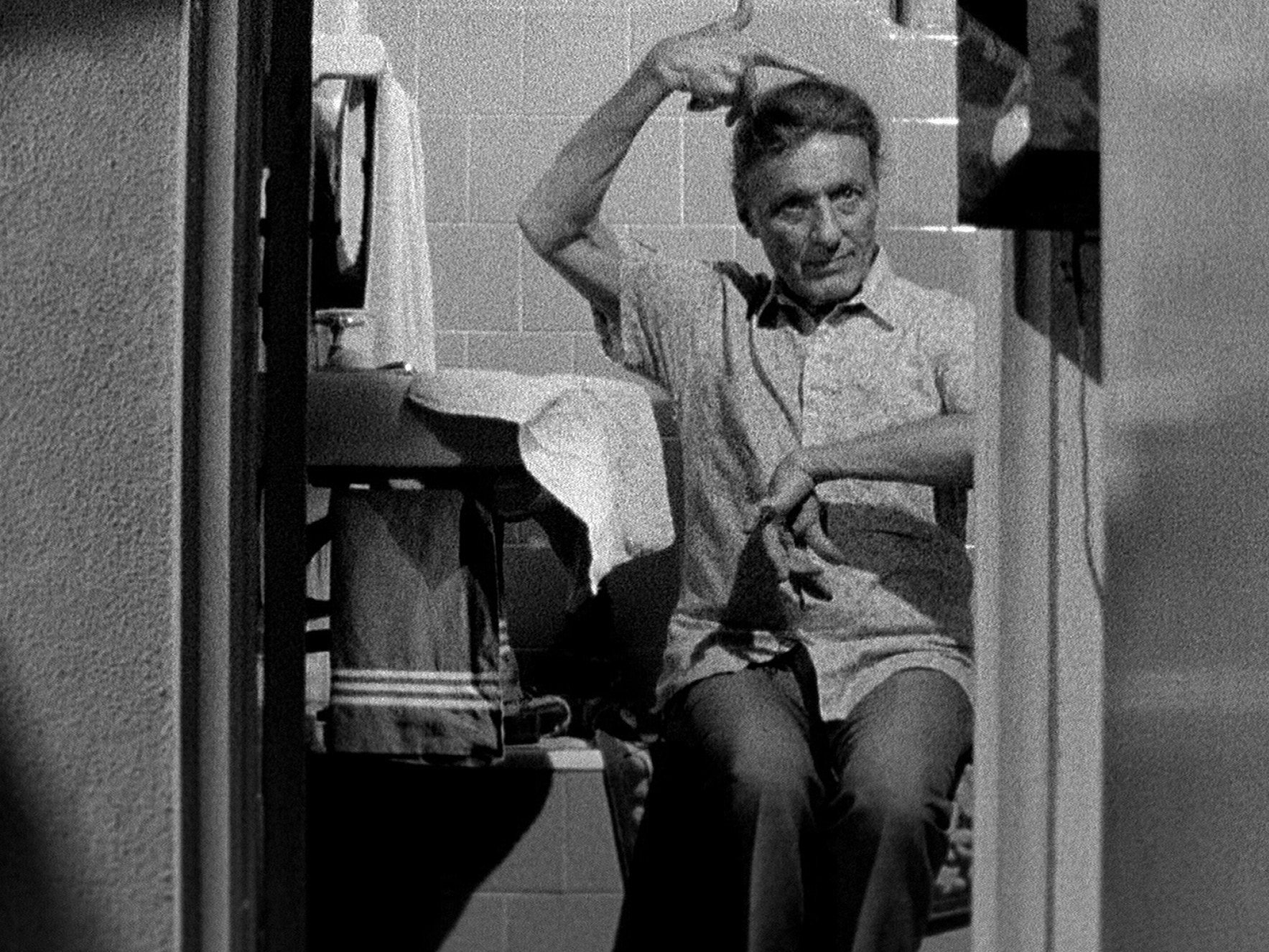 “So, in ’92-’93, I decided to start using the off cuts of some advertising campaigns to start filming Santiago. It’s a film that, at that time, in its origin, was made completely unprofessionally, in the sense that we didn’t have a ‘project’ or an ‘incentive’. We picked up the cans that were left from other advertising projects and spent five days at Santiago’s house, someone who had been very important to me. At the same time, around ’93-’94, Collor’s mandate was over, and Fernando Henrique Cardoso, the following president, had already changed the laws of film production in Brazil, and Waltinho, my brother was already in production of Foreign Land which was made with the same off cuts, same camera, and same cinematographer, Walter Carvalho. So some of the footage was adverts and some of it was my brother’s film, Foreign Land. With those offcuts and a crew we went to Santiago’s house and we shot the film in 5 days.

I got into the edit suite just after that and then [...] I tried to edit it but I couldn’t do it. The film was to be all about Santiago as an exotic character… a character that already existed before being filmed, I mean, he existed in my head more than anything. I just wasn’t prepared to take in whatever Santiago had to tell me. I had preconceived ideas. The character that I had imagined could have been taken from ‘Funes, the Memorious’, that story by Borges. And I thought Santiago was similar. Therefore, I never meant to be a character in the film, my relationship with him wasn’t to be part of it. All those takes weren’t to be used, except for the last one and it wasn’t supposed to be narrated. It was to be a portrait of a picturesque character. And… the film didn’t work! [...] I gave up. I couldn’t see that it should simply be a film about the relationship we had… and I didn’t touch the film for 13 years.”

“When Salles returns to the footage 13 years later, he does not return to finish the film he never completed, but to make a different film – a film that looks at his own blindness, how his desire to make a film obstructed his ability to see and how his own class privilege stood between him and his ‘character.’ It is only by looking at the unwanted clips that would have ended up on the cutting room floor that Salles is able to see this deeper ‘truth’: The four takes of Santiago reciting a poem, the cinematographer shouting instructions to her subject from behind the lens, the camera being turned off just when Santiago is about to say something that at the time seemed unimportant. It is by looking at the outtakes of the original footage that Salles deconstructs the myths of documentary filmmaking and makes a film that is as much about him as it is about Santiago. I think the greatest misconception about documentary is that it is a genre of truth, as opposed to fiction, which is a genre of lies. One is the work of an observer who gathers facts, the other of a creator who fabricates fantasies. Salles’ film reminds us that the camera is a two-sided mirror that reveals at once its subject in front of the lens and the person behind the lens. As Roland Barthes wrote, ‘Cameras are clocks for seeing.’”

“Among other things, the film is also about that tenuous and mysterious border between what had actually happened and what I thought had happened; between the house where I lived and the house in Santiago’s imagination. What it is in reality and what it is in the imaginary; a fairy tale of the truth, which I think is the nature of documentary. It doesn’t mean it’s a lie, but there’s an impure, and good mixture between the concrete and the imaginary. And it’s in the middle of that road that documentary exists. It tosses its roots into the real world and throws its hand into the world of fairy tales, into the imaginary.” 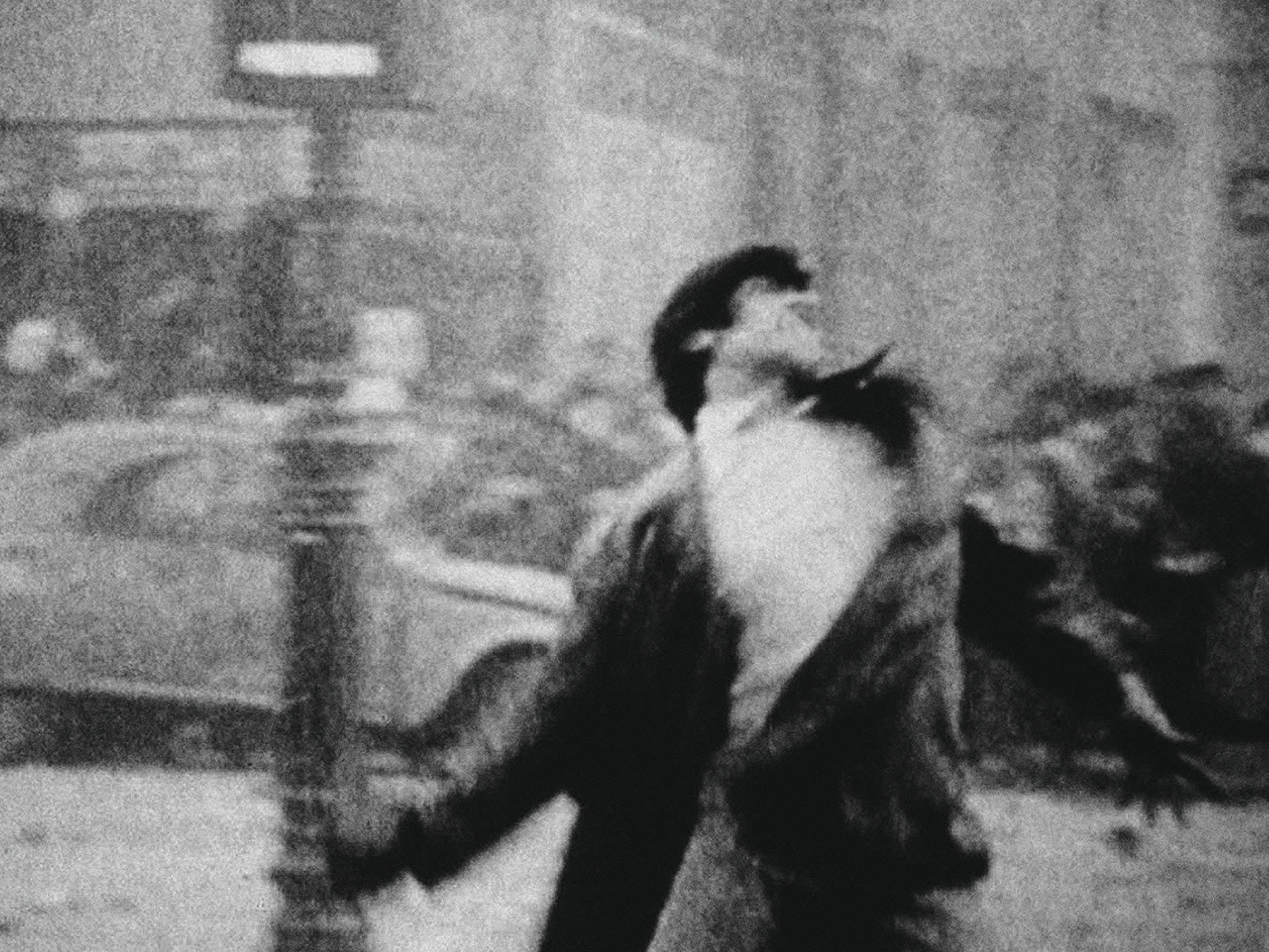 “Combining archives of May 1968, amateur films showing the crushing of the Prague Spring that same year and the tourist images of his mother’s trip to China in the year of the Cultural Revolution, João Moreira Salles questions the posterity of the most intense moments of history, be they official