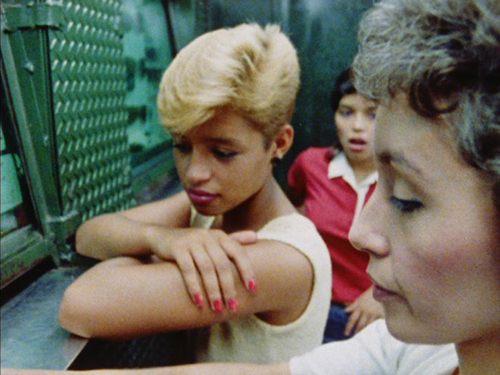 “In the early 1980s, Diego Echeverria took a 16mm camera into the streets of South Williamsburg, then a primarily Puerto Rican neighborhood and one of the city’s poorest, most crime-ridden areas. Still, amidst the urban blight, Echeverria finds a thriving street culture in which music, breakdancing, and graffiti abound. Los Sures is both an invaluable record of pre-gentrification Brooklyn and an ode to a community’s resilience.”