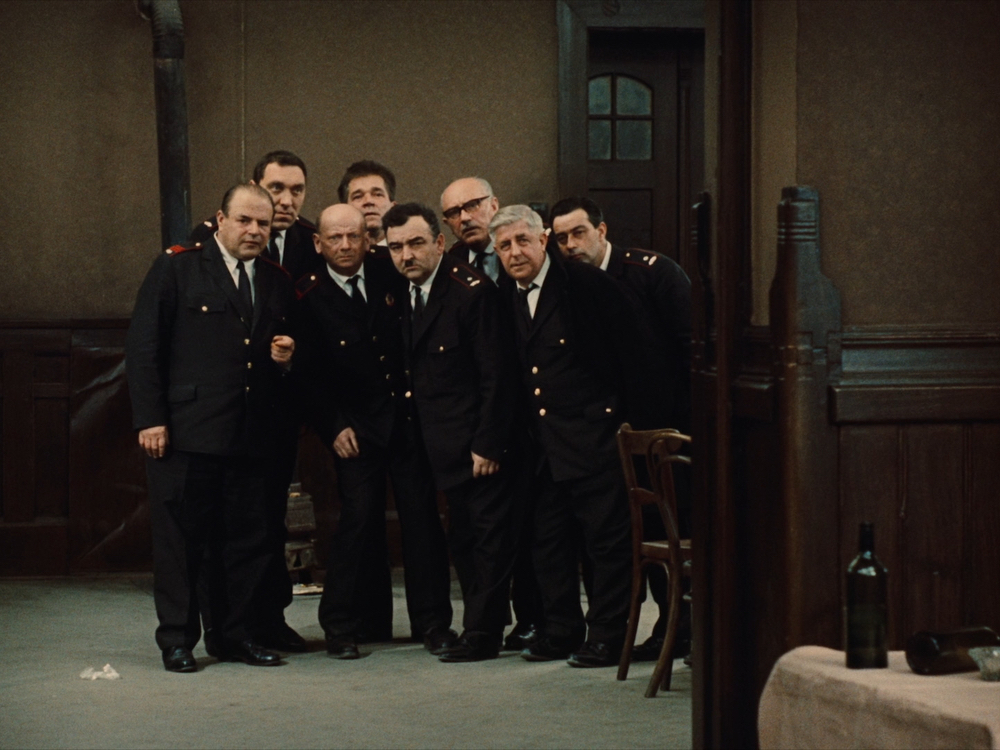 Fireman: The prestige of the brigade is more important than my honesty!

“[We] decided to forget about the script and go to a ball the local fire brigade was throwing that Saturday. We could watch people, get drunk, talk to some girls, and just relax. The Vrchlabi Fire Department was staffed by volunteers. The men mostly worked factory jobs. They came to have a great time. They held a beauty contest for their homely daughters. They ran a raffle. They drank and they argued with their wives. We were completely astonished. The next day, [co-scriptwriters] Jaroslav Papoušek, Ivan Passer, and I just couldn’t stop talking about the previous evening. On Monday, we were developing our impressions into ‘what-ifs?’. Then on Tuesday, we began writing. The script nearly wrote itself. When any questions came up, we just headed back to Vrchlabi and checked with the firemen. We found the tavern where they drank, played cards and shot pool. They got to know us and talked to us openly. And six weeks later, we had the first draft of The Firemen’s Ball.”

Miloš Forman: As a matter of fact, except for two guys who were also amateurs who had acted in my previous Czech films, there are no professional actors. And most of them are really local firemen from that little town where we shot the film.

How did you convince them to do the movie?

Forman: By playing cards and drinking beer with them. For three months, when we were working on the script, every night I was in the firehouse drinking beer with them and gaining their confidence and learning anything about them, their personalities, to make it comfortable for me to cast them in the film. The so-called socialist reality we were living in was so fake; everything was propaganda. So our reaction was to put real people on the screen, real faces.

“I didn’t intend to shoot a political allegory – I don’t like it in movies – but in this story of the looted raffle, the guiding lights of the Communist Party perceived a satirical swipe at them.”

“The irony is, the film was released in the second half of July in 1968. It was in the theaters for two weeks. When the Russian tanks occupied Czechoslovakia [during Prague Spring], immediately the film was banned ‘officially forever’. So what in Communist terminology means ‘forever’ was 20 years. So the film was re-released in 1989. (...) I knew that after they had banned Fireman’s Ball forever, I would not be able to work anymore in the Czech studios. So I decided to stay in America.”

“Such is Forman’s subversive artistry that some critics continue to see in his subtle films only light-hearted folk comedies, paying loving attention to naturalistic detail and the somewhat ridiculous foibles of man. It was, however, quite proper for the Czech right-wing and the neo-Stalinists to attack him, for beneath his robust and sharp humor lurks a sardonic criticism of the petty bourgeois. Nowhere was this clearer than in this film, a hilarious and increasingly somber tale. In Chaplinesque manner, it kept the audience laughing while displaying narrow-minded provincialism, greed, petty theft, and an unsavory over-all impression (quite consciously inculcated) that the so-called new society, not having produced a new man, was not new at all.”