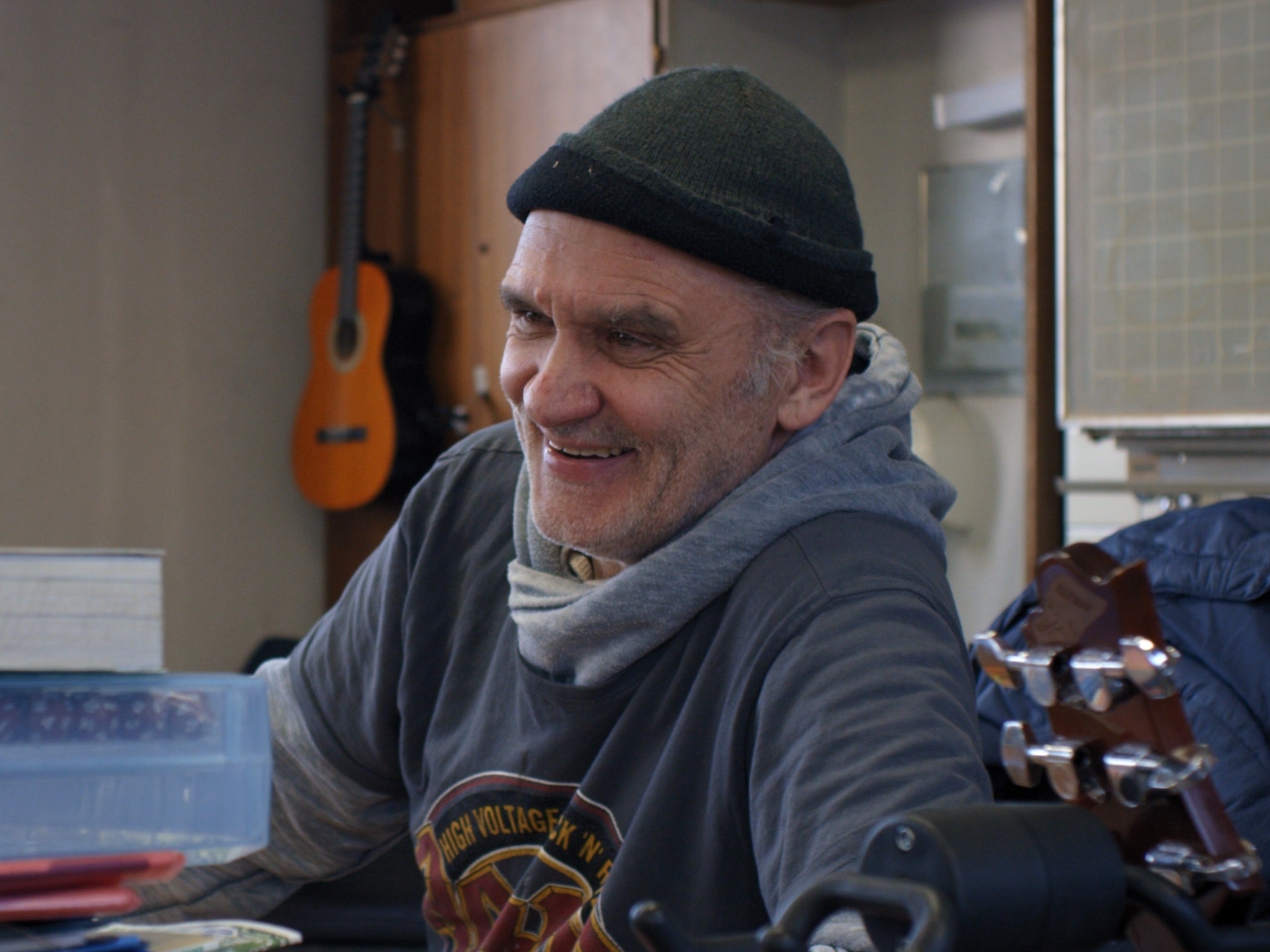 Where does one feel at home? In Stadtallendorf, a German city with a complex history of both excluding and integrating foreigners, genial teacher Dieter Bachmann offers his pupils the key to at least feeling as if they are at home.

“Over an unhurried three and a half hours in her new documentary, Mr. Bachmann and His Class, director Maria Speth gives us the gift of watching children try to learn, at the same time trying to be teenagers, and at once trying to be German. Some fail, some succeed, others simply fall asleep—or check out. The setting is an elementary school in the central German town of Stadtallendorf, in which the students, much like the town itself, is made up of a diverse mix of national origins, including Turkish, Russian, Italian, and Bulgarian. Their chilled out teacher, a laidback rocker type wearing AC/DC hoodies and a grizzled look, tries to engage the students and their varying degrees of assimilation and language fluency, when they are clearly facing profound social and familial challenges outside of the classroom, at home and in Germany at large.”

“Mr. Bachmann’s primary objective here is to bring up these students’ facility with German and English to the point that they can be placed in specific tracks at a nearby high school. For him, deepening their language skills goes hand-in-hand with preparing them for many facets of life, and he seems to feel that getting them to do things, such as learning to bake and cook, can be as effective a way for the kids to socialize and improve their verbal abilities as any books. This isn’t just experiential learning; it’s holistic, and each of the kids seems to have developed more of their personalities by the end of the school year.

Despite this portrait of a remarkably progressive academic environment, Speth has said that she doesn’t see this film as an advocacy piece for any particular type of education. Nor does she see it as a portrait, in microcosm, of the challenges an ever more diverse Germany faces. She sees the film primarily as a portrait of her friend, of whom we learn relatively little. She’s described him as having been a revolutionary at one time, but no history of radical politics is discussed on screen. All we know is that he got into teaching at a relatively late point in life and has been doing so now for 17 years.”