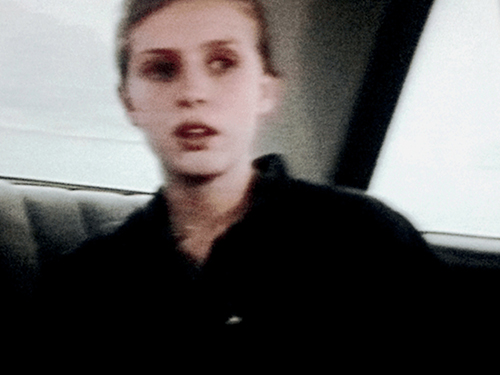 “The theme of the film is the escape route of the German emigrés in France in 1940/41. It describes a research of the past against the background of landscapes and towns which once were scenes of persecution. The leitmotif of the journey is Anna Seghers’ novel Transit. The principle of progress and discovery: the eloquence of photography in motion. The film closes on the image of an unkown woman of the Resistance. She died with a bullet throught her head on the 1st August 1944, on the same day as the writer Jean Prévost. Both fought in the maquis of Vercors. The film is dedicated to the landscapes of the resistance.

Finding a connection between a work situation (1977) and a material (1941) was both easy and difficult. The intersection point was quickly established as an idea. But the researches, deliberations and inventions needed to do it justice were all the more hesitant, even though enjoyable. In order to take the material seriously, the first requirement was to turn away from it, to initiate one’s own choices. Passages had to be regarded as quotations and as nothing more. The marketing of literature in outdated cinematic forms has been something we have despised for quite a few years. Film adaptations were the bad habit of the TYCOONS who dominated the film industry, the genre of hollow filmic packaging, empty shells of speech and costume. Money to make money. So there was that too – an act of opposition to the traditionally permitted routine.”