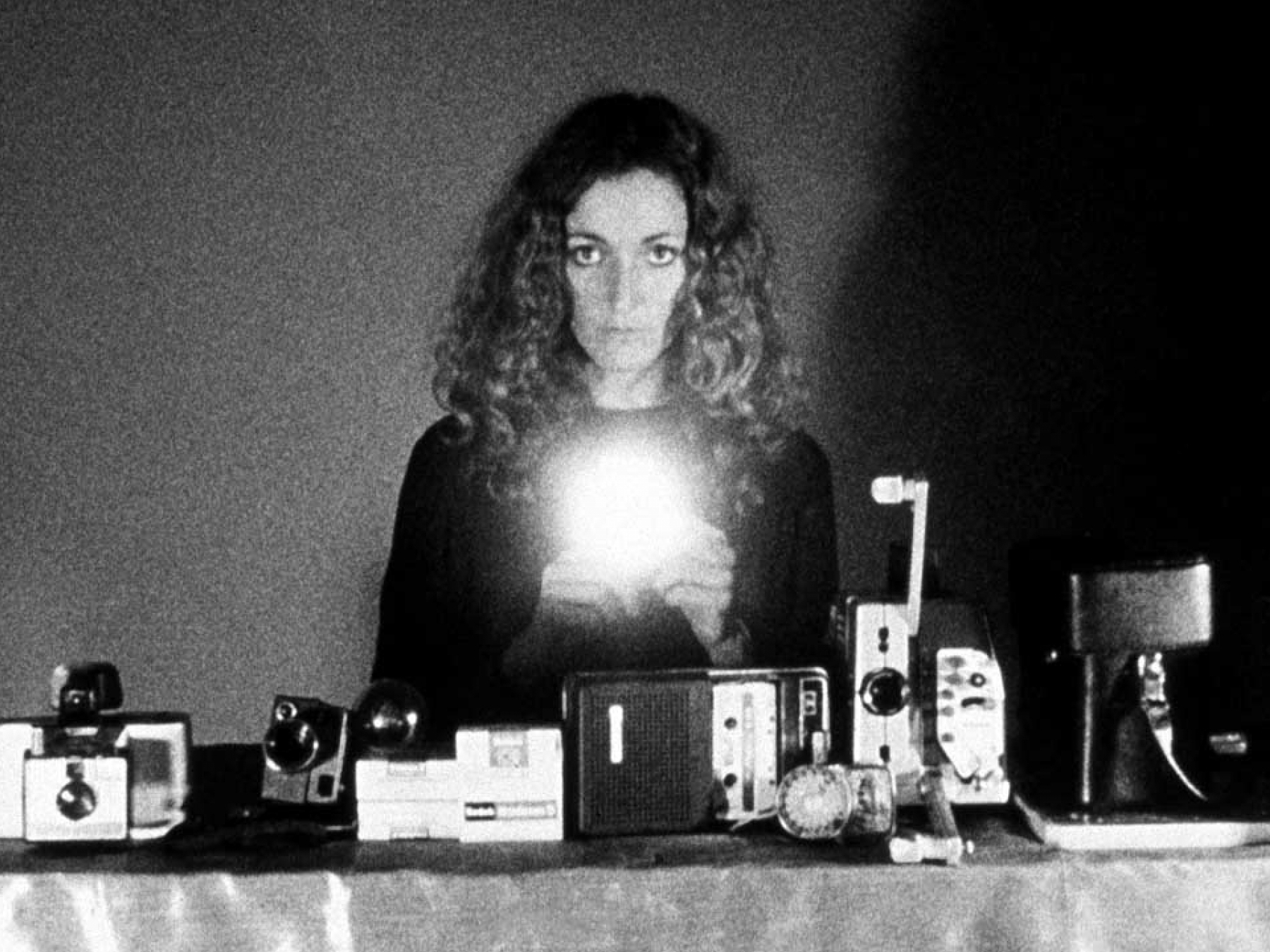 A playfully obtuse, plotless procession of obscure cinematic rhymes and games of repetition that tease the viewer and invite one to construct his or her own system of meaning, much like one might draw association between fragments of dreams.

“All the Zanzibar Group films were made in 1968, regardless of their date. I cut Serge Bard’s Détruisez-vous, which had been financed by Sylvina’s brother, and then she and I met at the screening and she asked, ‘Why don’t you make a film? I’ll give you all the money you need.’ From this came Deux fois. We were influenced by Andy Warhol, and we were closer in spirit to the Factory than to the French New Wave. We thought of ourselves as the New New Wave. We were questioning the rules: of having great actors play in films, of plot, of the relationship between image and words.”

“Deux fois (1971) begins with an apocalyptic announcement, uttered directly to camera by its maker, Jackie Raynal: ‘This evening will be the end of signification’. Henceforth, her film will enact what Stephen Heath once dramatically called ‘the ruin of representation’. Narrative will be deconstructed; bodies will be disfigured; all sense will drain away into stillness, silence and black frames...

And yet, is this all there is to see today in Deux fois, this charming, strange, haunting cult classic of the French avant-garde? Only ruins and transgressions, broken codes, heroic gestures of cancellation and defiance? Only ‘a documentary about the spectator’s place in the theatre’ (Daney), with its scattered apparatus paraphernalia (cameras, projectors) and stark, dazzling, reflected movie lights? Only an anarchistic, even masochistic exercise in feminist cinema, out to deface the monolith of Woman as Sign?”

“Cinema au féminin […] makes us rediscover what the imperialism of the eye (it’s men who are voyeurs) had repressed: other modes of montage of impulses where what is seen and what is heard change perspective.”

“Deux fois is a deliberately elementary meditation on certain primary functions of film which could be called the basis of editing and would include: expectation, exploration of the image, memory, perception, relationships between space outside of and space within the screen, all explored in a series of self-sufficient long-takes, with a perfect simplicity.”