Wassyla Tamzali 1979
Translated by
Dossier
Out of the Shadows: Selma Baccar 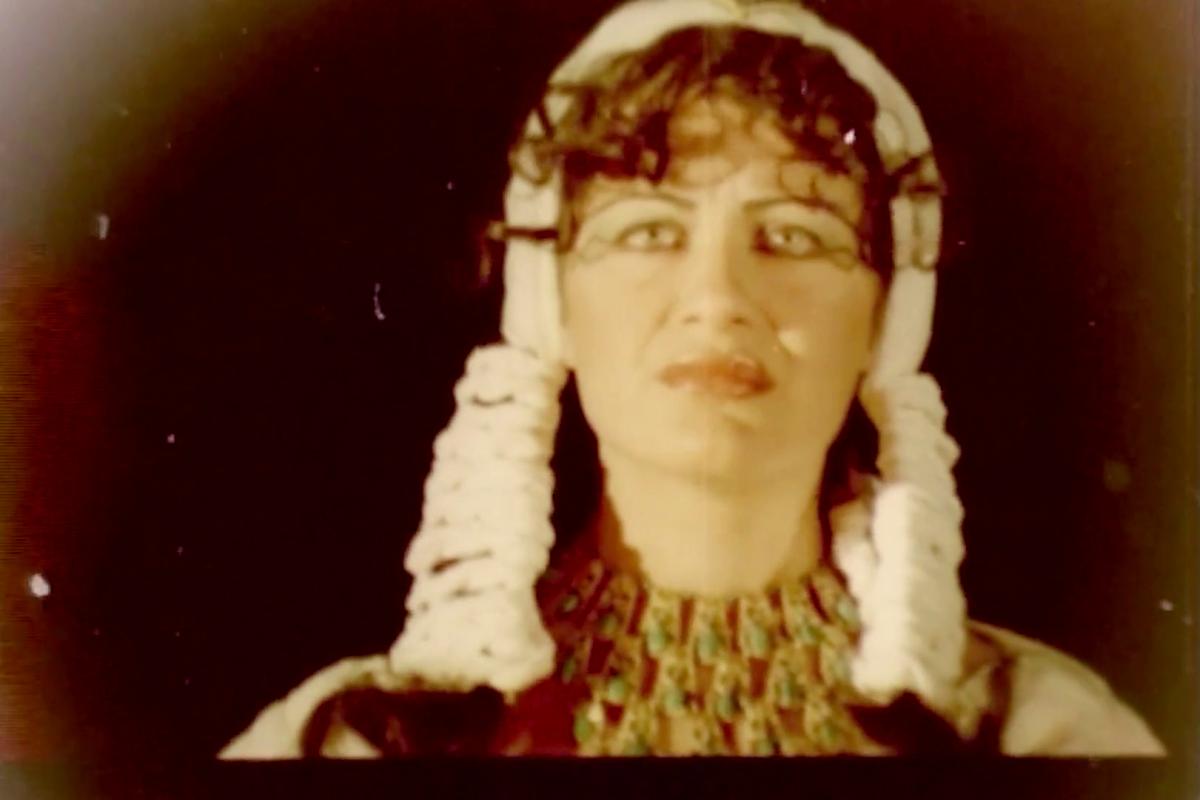 Selma Baccar’s film1 opens with a series of portraits of women who have marked the history of Tunisia through the ages. In a theatrical way, Sophonisba, Kahina, Jelajil, and Aziza present themselves to us as the predecessors, through their courageous actions, of this young girl, Fatma, in 1975. A student at the university of Tunis, Fatma Ben Ali will cast a conscious and demanding look on the status of women in her country on the occasion of a presentation about the different phases of women’s emancipation.

As her search progresses, she will project herself into past situations and relive the stages of this awareness in the small scenes of the first part of the film, the second part dealing with the current situation, which starts in 1954.

Combining fiction and reporting techniques, the film will very clearly state the problems faced by Tunisian women today and the difficulty of turning their lawful rights into everyday habits – Tunisia has been the first Muslim Arab country to adopt secular family laws and to have clearly distanced itself from the Koran. Selma Baccar addresses these topical problems with great acuity. And we could add that the strength of the film lies in the clarity of its intentions and the insightful way of demonstrating them.

A whole set of techniques is placed at the service of her views, displaying a know-how that betrays a true filmmaker’s temperament. No temptations, gratuitous prowess or sloppiness. Sound and image are there to serve the leading idea of the film at all times. I am thinking, for example, of the sequence that precedes the film’s opening titles, the portraits of historical women that announce the portrait of the student in 1975. They are interconnected by crossfades, in order to project the image of one woman. The use of the same face in these scenes, which reconstruct the stages of Tunisian women’s awareness through the ages, reinforces the idea of historical continuity, which is one of the most powerful ideas of this filmmaker (the liberation of Tunisian women does not begin with their “granting” of the Code of Personal Status by the current government, but is the result of an ancient struggle).

A similar way of working on the image is used in the scene of the woman in the countryside under colonial rule. It is not a coincidence that we see the peasant couple side by side in the fields, just like at home. This unity is reinforced by their distance from the colonial, from the eye of the colonial, who’s watching over the peasants for the whole sequence. It perfectly shows that there is no gender segregation during the struggle against colonialism. It’s this idea that Mohamed Bouamari wants to express in the sequence in L’héritage (1975) in which the teacher’s wife tells the dignitary that during the struggle, when they killed and tortured, “I didn’t keep quiet, well now I won’t stop”.

To this mastery of cinematographic language, we need to add the sequence that illustrates the 1952 riot in Beja, a small town in northern Tunisia. Some women had founded the first female Destourian cell. They were arrested; then university and high school students went on strike, and women demonstrated in the streets. The student from 1952 recalls this demonstration: a stone thrown, a chair knocked over in an empty space, an abandoned blackboard, so many evocations that make us relive the violence of the event.

The film owes its strong homogeneity to the relentless use of different means of expression – intertitles, reporting, documentary, fiction. The work on the image and the sound erases the boundaries between genres. For example, Selma Baccar’s montage of a sex education class only includes the questions asked, as it was more appropriate to show that teenagers today dare to tackle certain subjects than to offer a “truthful” depiction of the lesson. Here, the questions are asked in French, because the young teenagers do not dare to tackle this subject in their mother tongue? Is this a last barrier?

Another instance of the reporting technique used here: Fatma Benali investigates the wages of male and female workers in a factory. She serves as an interviewer in this report. Thanks to a parallel montage of the workers’ answers and the skillfully asked questions, we discover the slightly ironic and mocking rhythm of the fictional scenes. All this evidently brings together these initially very different techniques. This creative authority gives the film a great fluidity and harmony, despite the diversity of the means employed.

The film also owes its cohesion to the fact that, throughout the development of the story, we look at the screen with a woman’s gaze, that of the heroine – or the filmmaker. A gaze with a strong female subjectivity, which manages to be polemical and effective without ever losing a certain humour.

This polemical tone and the effectiveness of the display are the very reason the producers were so critical of the film. Benefiting from the International Women’s Year, Selma Baccar had her script accepted by the Ministry of Information. It is obvious that the result is far from triumphalist.

Moreover, the discreet tribute paid to Tahar Haddad, pioneering defender of women’s and workers’ rights – those intimately linked struggles – as well as to the founder of the women’s movement Bchira Ben Mrad – who displayed a certain reticence towards power – was not appreciated. The same goes for the general approach of the film, which is a demonstration of the historical continuity of the women’s struggle and not of a neo-Destourian “miracle”.

The fact is that the film proposed by Selma Baccar, the first work on women’s struggles in a Maghreb country, is proof of this ancient awareness of Tunisian women. This first cinematographic work on the problems of women made by a woman must be hailed as a success.

Wassyla Tamzali: Selma Baccar, you have been assistant director for four years. This is your first film. Did you experience any difficulties because you are a woman?

Selma Baccar: In the difficult situation Tunisian cinema finds itself in, being a woman certainly didn’t help. Especially in terms of financing. They only entrust the budget of a film to a woman with considerable reserve! They put a couple of millions at your disposal reluctantly. As for the technical crew, everything went well. At the beginning, of course, I had to make my presence felt, more than a male director has to, no doubt. The boys were a bit paternalistic, but things gradually became clearer. They accepted the fact of working with a woman.

In terms of directing, why did you take this approach of using several means of expression?

Initially, I wanted to make a documentary. But a documentary is difficult to swallow, especially if you want to reach a large audience. So, I introduced a few fictional notes, also because I think there are no boundaries between genres. For example, for the use of intertitles. Apart from the financial reasons – as newsreels are quite expensive – it’s a choice, too, because I didn’t want to introduce pre-filmed, pre-fabricated elements. I wanted there to be a certain homogeneity. I think that was the biggest concern formally; I wanted the film to be homogeneous despite the different genres used.

And that corresponds to the essence of the film, which had to tackle many different but interrelated issues. And the fictional scenes allowed me to edit in didactic support for an idea in a less heavy way. For example, we see the student visiting Tahar Haddad’s exhibition and a voice commenting on his texts, which remains a very intellectual kind of approach. So, then, I introduced a fictional scene that will illustrate the situation of this woman with powerful dramatic elements.

Your film ends with the faces of peasant women, with worn-out faces and bent backs. Is that a coincidence?

Not at all. It’s the rural women that interest me, because they suffer two kinds of oppression: gender oppression and economic oppression. These women are not aware of their fate because they are subjected to such economic conditions that they do not have time to wonder.

How can we make them aware of the injustice they suffer when they are thinking first of feeding their children? Is your film aimed at them?

My film speaks to women, and to Tunisian women in particular. I hope I can show it to women who do not usually go to the cinema, get out of the traditional circuit and present it as a starting point for discussions with women; there will no doubt be women who are against the film... Today, only a few female intellectuals are mobilized for the struggle; but, in general, there is no dialogue between those who are aware and those who are not. I put a documentary part in this film, about the difficulties of the daily life of a housewife, about a peasant woman, and about the high cost of living, in order to help open a dialogue between women and offer the women elements for discussion. 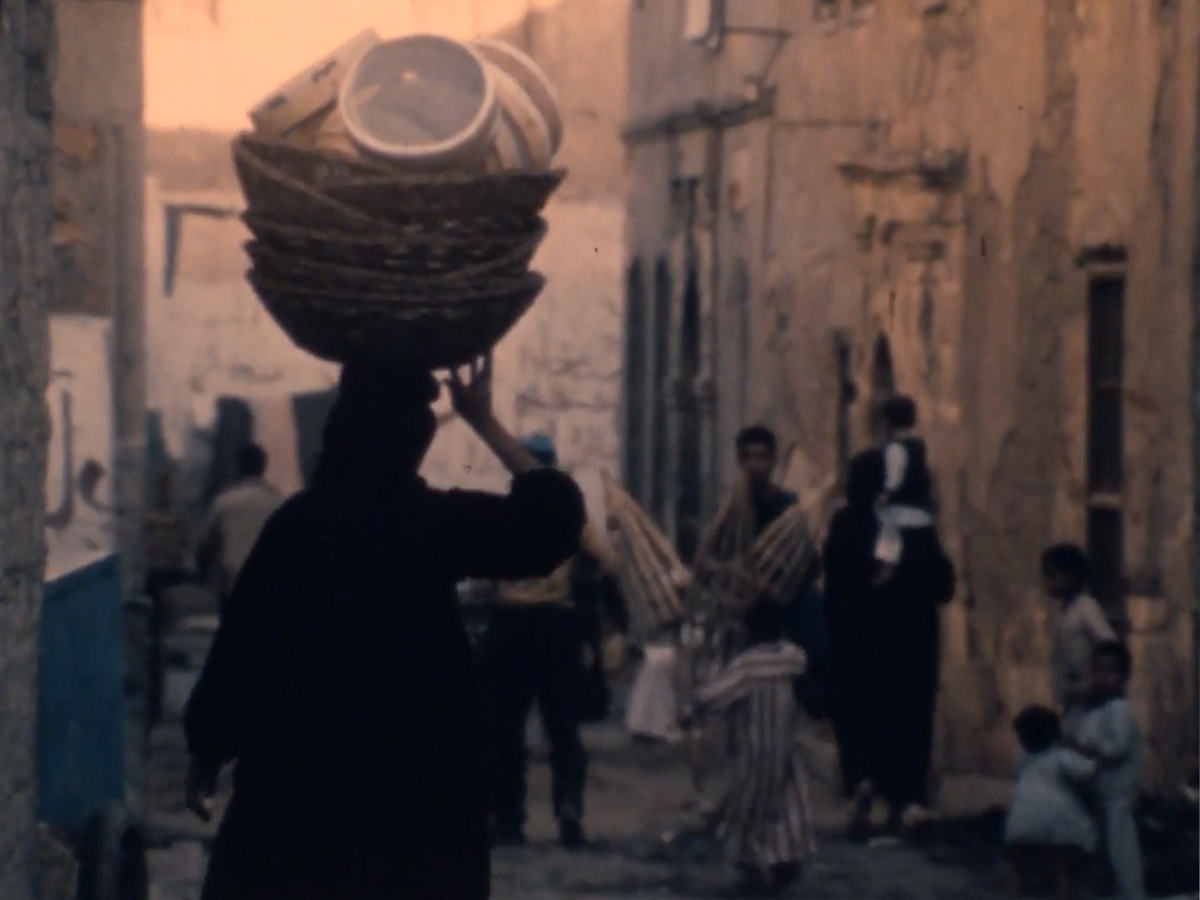 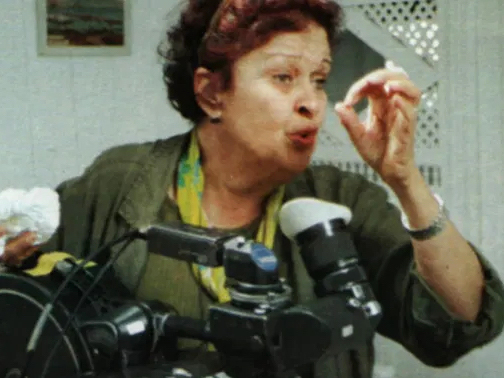 As the pioneer of female Tunisian filmmakers, Selma Baccar has first and foremost also answered back to men’s representations of women in her own films. From The Awakening (1966) to Fatma 75 (1975), The Dance of Fire (1995) to Flower of Oblivion (2006), the historical detail, contemporary relevance and concern with women in a much wider context have gained her the reputation of the “grande dame” of Tunisian cinema: a feminist activist. Selma Baccar: “As an activist for women’s rights, I have always felt that women are the cornerstone of society in general, and as a child of the age of protests in the 1960s I felt that I could be not only a spokesperson for the Tunisian woman but also an informer and critic of the contemporary atmosphere in Tunisia.” 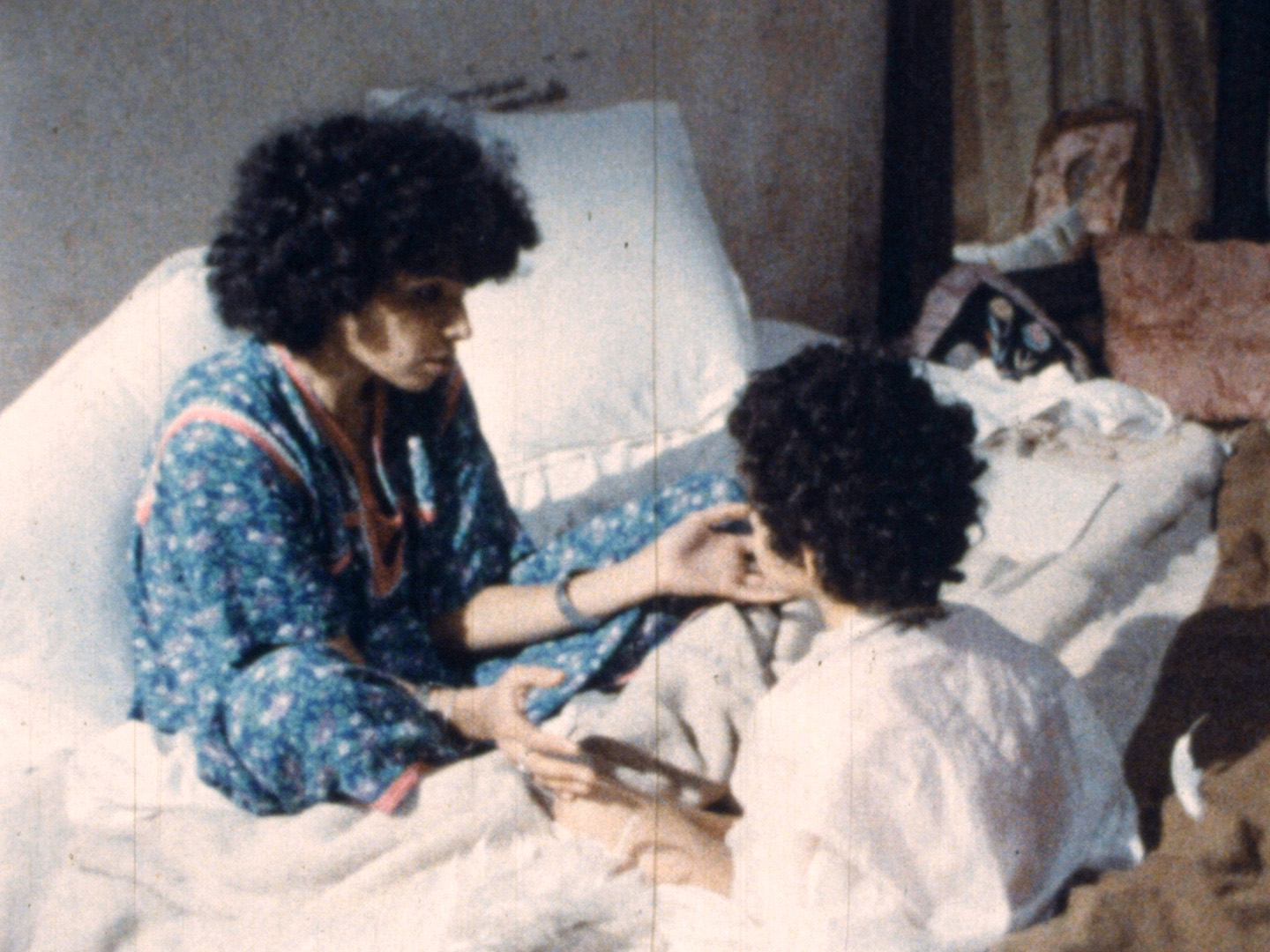 Article EN
“I was looking for a musical language”

“I started from the idea that the more a woman is traditional, the less she needs an association with folklore in terms of sound. When you come across the image of a person whose clothes and attitude are very “conservative”, there’s no need to associate this person with flutes or tambours. At the end, during the party in the caves, the women dance while singing the most ordinary songs, popular street songs really, and I linked this to the fourth dance of Bartók’s “Dance Suite”. I thought it emphasized the inherent nobility of these women. I got the impression that it was original music, written especially for this moment!”