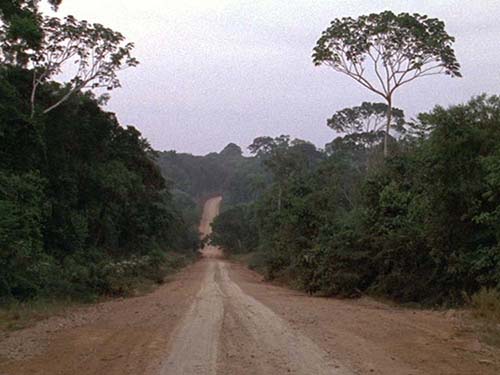 “What exactly is encountered on this journey? Hugonnier exposes herself to the risk of traveling to an ‘exotic’ location and returning with trophy souvenirs of the other, and handles it with tact. Along the journey we meet a number of local people; we see them and hear their speech, but these two modes of relation are not synchronized. These are not subjects being interviewed for a documentary. Hugonnier also eschews Rouch's solution of allowing the local subjects a role in constructing the narrative of the film. In Traveling Amazonia there is no narrative other than the making of the dolly. In fact, most of the shots are rather static. In part, this has the effect of avoiding the diagetic identifications created by shot/counter-shot switches, and mobile, subjectified points of view. The latter is precisely the kind of shot for which the dolly is used, so the ending of Hugonnier’s film, while unexpected, is appropriate to its very understated critical stance.

The local people are filmed in broadly two ways, either involved in activities, such as a pilot cleaining his light airplane, or men in a workshop making the dolly; or standing still. We could take this as an opposition between their role as active subjects and as objects of the gaze. But it seems to me that what is going on is more subtle. There is an interplay between static and moving subject and the static or moving camera. This raises the question of the relation between the activity of the filmmaker, and the activities of her subjects. The construction of the dolly is a commission from an outsider to create the means for their own representation – a representation that will objectify them and their land. Should this be seen as the continuation of an imperialist project? Or are the Amazonians active subjects of representation, rather than passive objects? On the side of passivity, the immobile subject portrayed by the camera, these shots also evoke for the viewer the effect of a face-to-face encounter. While this aspect of the film could be conceived as a series of portraits, the encounters also throw into question some of the assumptions of portraiture as a mode of representation – in particular its ‘physiognomic’ presupposition that an individual’s inner character is expressed in external signs. If these moments in Hugonnier’s film have an affinity with the work of another Western artist, for me it would be with Andy Warhol’s Screen Tests, the three-minute films in which subjects were asked to remain still in front of the camera. Perhaps as a result of the duration of the confrontation between subject and viewer, which takes place largely without expression, portrait representation is exceeded in the direction of an encounter with the face of the other, and the other as face. [...]” 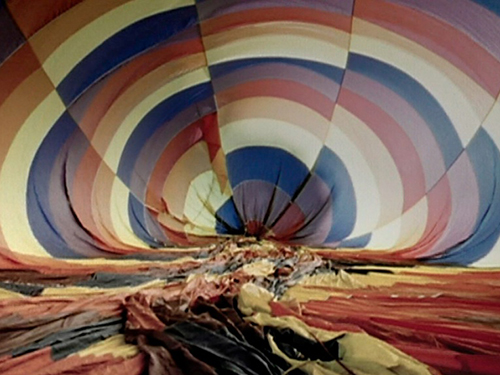 “The Last Tour is set in an imagined future world, in which tourist sites have been closed off or rendered inaccessible. 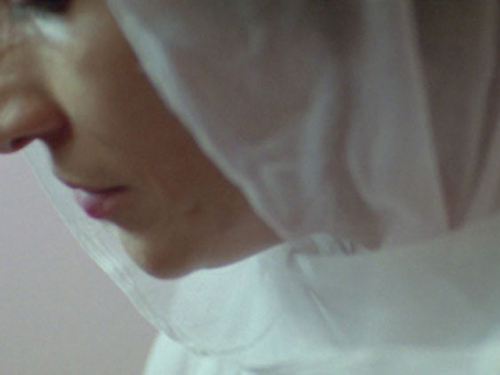 “Hugonnier travelled to the Panjsher Valley to make a film investigating the historical agency of its landscape. Long described as an earthly paradise, the valley had been broached by neither Soviet nor Taliban forces.