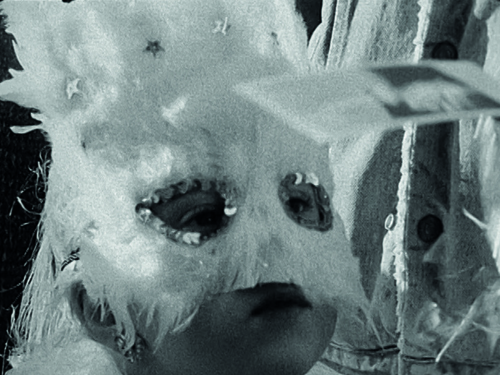 Through a series of twenty six short stories, a girl describes the childhood events that shaped her ideas about fatherhood, family relations, work and play. As the stories unfold, a dual portrait emerges: that of a father who cared more for his career than for his family, and of a daughter who was deeply affected by his behavior. Working in counterpoint to the forceful text are sensual black and white images that depict both the extraordinary and ordinary events of daily life. Together, they create a formally complex and emotionally intense film.

“There was a little girl
Who had a little curl
Right in the middle of her forehead.
When she was good
She was very, very good
And when she was bad
he was horrid.”

“Language is furthermore crucial to the film’s unconventional narrative structure: Friedrich tells the story of growing up with her father through 26 ‘short stories,’ each corresponding to a letter of the alphabet. Notably, this structure of development is presented backwards from Z to A, suggesting the rebellious nature of Friedrich’s project: to ‘unlearn’ her upbringing, and attempt to exorcise some of the founding traumas of childhood. Friedrich suggests some personal and cultural resonances of this structure:

‘I got the alphabet idea at the very beginning. My father is a linguist, and of course language is made up of the alphabet. And because the film is about storytelling and speech, I wanted to keep the alphabet in the forefront during the whole film. It’s a very vivid experience of childhood to acquire the alphabet and then to acquire the use of words. Traditionally, the primer is meant to teach you the alphabet, but at the same time it teaches you a certain kind of morality.’

Friedrich links the alphabet, the founding structure of language, to its primary pedagogical function, the learning of social and psychological rules. The Law of the Father, the acquisition of language, the super-ego, family ties: all are linked to the linear structure of the alphabet, here subverted through its reversal. Friedrich moves from ‘Zygote,’ a scientific beginning of life, to the final entry, ‘Athena/Atalanta/Aphrodite’, a mythological trinity which encapsulates three images of women: the stern goddess of knowledge sprung motherless from her father’s head; a girl abandoned by her father, raised by she-animals, who outraces and kills her would-be male suitors; and finally the goddess of eros who tames Atalanta and tricks her into marriage. Friedrich also cites one of her father’s books, in which he points to the need to integrate sexual and maternal images of women (in the figures of Aphrodite and Demeter), an integration he was clearly incapable of in the filmmaker’s family. Dedicated to her father’s third wife, his book becomes, in the film, an emblem of retrospective blindness and insight for Friedrich who insists on her own particular condensation and interpretation of female mythological figures, while marking the ironies of her father’s ‘conclusions’.”

“As in Gently Down the Stream, the images are free-associative and allusive more often than illustrative, which gives the viewer some much-needed distance. The hyper-intelligent structure, with its subtle games and deceptions, is the container for a harrowing story about emotional and physical abuse, abandonment and endless longing, and also about kinship that is too strong to be denied. As the critic J. Hoberman wrote, one of the paradoxes of this devastatingly confessional film is that it often ‘evokes a generic American 50’s’: which is to say, it is the story of one woman and also of many.” 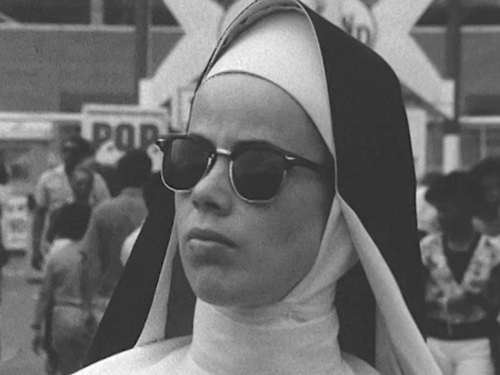 Damned If You Don’t is Friedrich’s subversive and ecstatic response to her Catholic upbringing. Blending conventional narrative technique with impressionistic camerawork, symbols and voice-overs, this film creates an intimate study of sexual expression and repression.