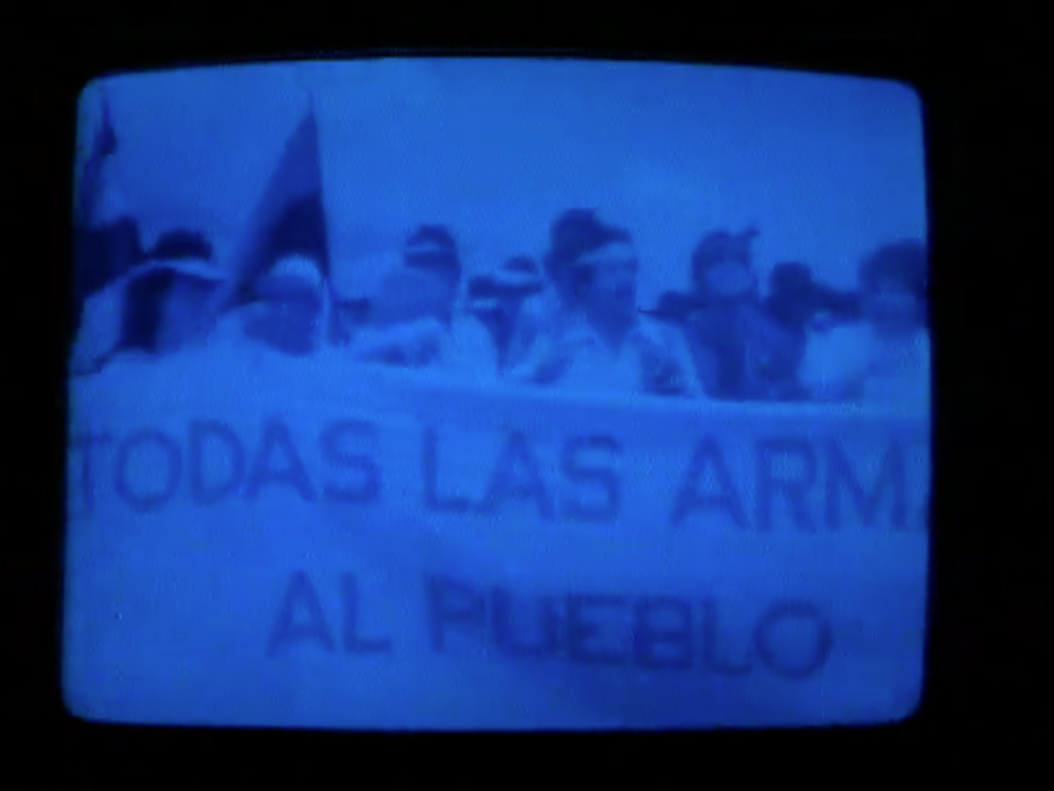 “Marc Karlin was the most significant unknown filmmaker working in Britain during the past three decades.”

“Channel 4 facilitated a decade of experiment which gave creative space in which Marc and his contemporaries challenged existing politics of representation and pushed the limits of documentary conventions. Moving away from working collectively, in his films for Channel 4 – Nicaragua Series (1985), Utopias (1989), Scenes for a Revolution (1991) and Between Times (1993) – Marc evolved his essay documentary practice, developing distinctive strategies: the displacement of singular interpretation through multiple voices; complex literary narration; sequences used as metaphors to explore themes; long tracking shots, whether on location along the rim of a volcano or in a studio shoot, moving between blow-ups of images apparently suspended in 3D.

In a letter to a commissioning editor at Channel 4, written in the shadow of the Broadcasting Act of 1990 when commercial pressures threatened Channel 4’s remit and editorial space, Marc restated the case for exploratory, experimental cinema that does not address the viewer as a consumer. He made a distinction between films that “illustrate” and those that “illuminate”, films that ‘rely on pre-held beliefs’ and films that ‘try to locate what lies behind these held correspondences.’ Seeing film as central to the cultural revolution that empowers social change, he made an impassioned plea for more, not fewer ‘poets who can take the measure of that revolution’.”

“The final film, Scenes for a Revolution (1989) revisits individuals from earlier shoots, assessing the achievements of the revolution from their experiences. It witnesses the aspirations of the opposition, the electoral defeat of the FSLN, and the swaggering return of contra leaders to Managua. Thus the sequence of films, conceived as a journey into a revolution, caught both its birth and its demise.

The Sandinistas often referred to the revolution as ‘el processo’. In spite of all the written accounts, it is the moving image that can most clearly represent the process of social, political and economic change. This process was driven by astounding dedication, optimism and intelligence, all of which is reflected in the films.

But it was also uneven and messy, contending with inexperience, inefficiency and apathy. Revolutions are made by people, not just philosophies and political slogans, and it is the ordinary Nicaraguan that Marc made visible – there is hardly a comandante, an FSLN leader, in sight. It is individual portraits and stories of local events, set against the backdrop of national politics, that form the fabric of the films. Social and agricultural policies are conveyed through the experience of a campesino and by following a tireless local party militant. Popular democracy in neighbourhood committees is illustrated by squabbles over the issue of food rations to a woman’s lover with a family elsewhere. The devastation of the unexpected electoral defeat is seen through the eyes of anguished mothers who have lost their sons and daughters to the contras. And Karlin portrayed the impact of a war economy through the closure of the National Circus, the whirling of trapeze artists replaced by a derelict tent and the sadness of a redundant acrobat.

This focus on real lives leaves space for contradiction and opposition. The barrio committee resents the half-built school, campesinos complain about prices, market women blame the FSLN for shortages, and the circus performer grieves the loss of his unicycle, appropriated by the state. Karlin’s films show deep respect and admiration for the Sandinistas, but they are not triumphalist works.”

Marc Karlin: There are in cinema certain rare moments when all kinds of things are confronted inside you. If you’re honest with it cinema is a sort of hand to hand combat most of the time, depending on the kind of films you’re seeing. Watching The Deer Hunter is literally that: you fight every single image because you know damned well where it comes from. A different example: do you remember the scene in Rome Open City, Anna Magnani sitting on the steps outside her apartment with her Communist lover and she asks him: “When is it going to end: Is there going to be a future?” and the Communist militant comes up with this big statement: “We are fighting for a much better world.” And then there is a close up of Anna Magnani and she lends him her belief, like you lend a book, in an amazing passage, which I still can’t relate to the fact that she’s going to die later in the film. It’s sort of a document of time: Magnani, the face and the look: you know that she lends him her belief to sustain his fight, while at the same time in a way retaining the emotion, the logic that’s been inscribed in her through the knowledge that poverty has brought, knowing full well that no amount of priests, Communists, coming along saying “you’ll get up one day,” will amount to anything. It’s at those moments that you remember where film becomes a testing ground for your own activities, for your own sense of belief.

Screen: That idea of film as a testing ground is very important to you?

Yes, it’s like this church in Norfolk which I’ve been interested in. In the seventeenth century Puritan revolution, iconoclasts stripped it of decoration and so on. So suddenly you would have been very much on your own in relation to the church, no longer caught up in the obeisance to the Latin Mass, caught up in the incense, that way of seeing man, as it were, only in relation to the high altar. Instead you were given an autonomy – you had to listen to the heartbeat of God in your own heart, you were very much on your own. My fascination with that church brought me to understand certain things that went on when I went to see a film, which is that you’re always refusing the Mass, while at the same time yielding to it. Seeing The Deer Hunter which is part of the stock-exchange of images and sounds going around now, involves a kind of different combat than seeing Rome Open City or a silent film or a Humphrey Jennings film, because the questions are different, obviously. But the combat is still there wherever you go. Involvement, projection, need, desire, are very real in cinema. Cinema is an area where, if you like, certain sacraments happen. You can have agnostics, atheists, believers, but all of them using that time out, that one and a half hours, that specific area for all kinds of combat. It’s odd that after a film you can travel home in the Tube with people you don’t know who have been to the cinema and you know that you are all more or less retracing, reworking a film – certain things are being renewed, certain things are being reunderstood, renegotiated, and then it’s forgotten until the next “sacrament.”

From a discussion between Marc Karlin and Claire Johnston, Mark Nash and Paul Willemen4 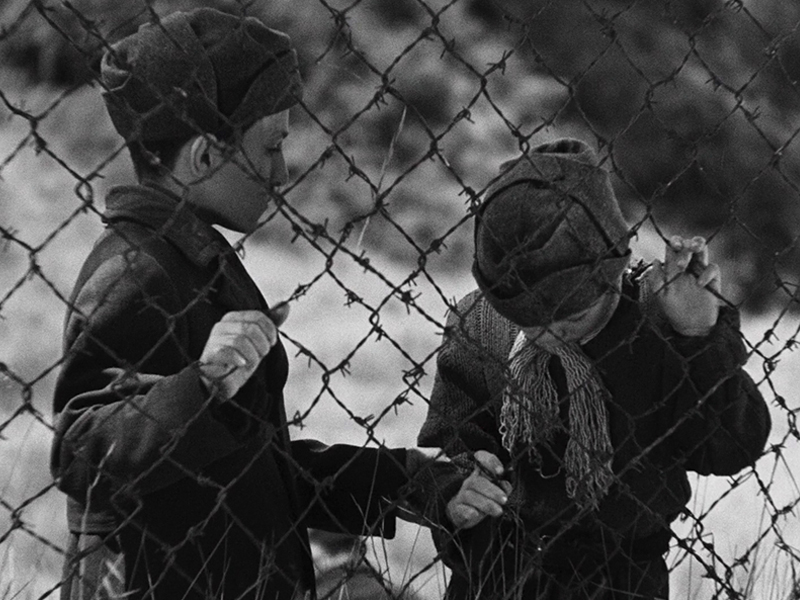