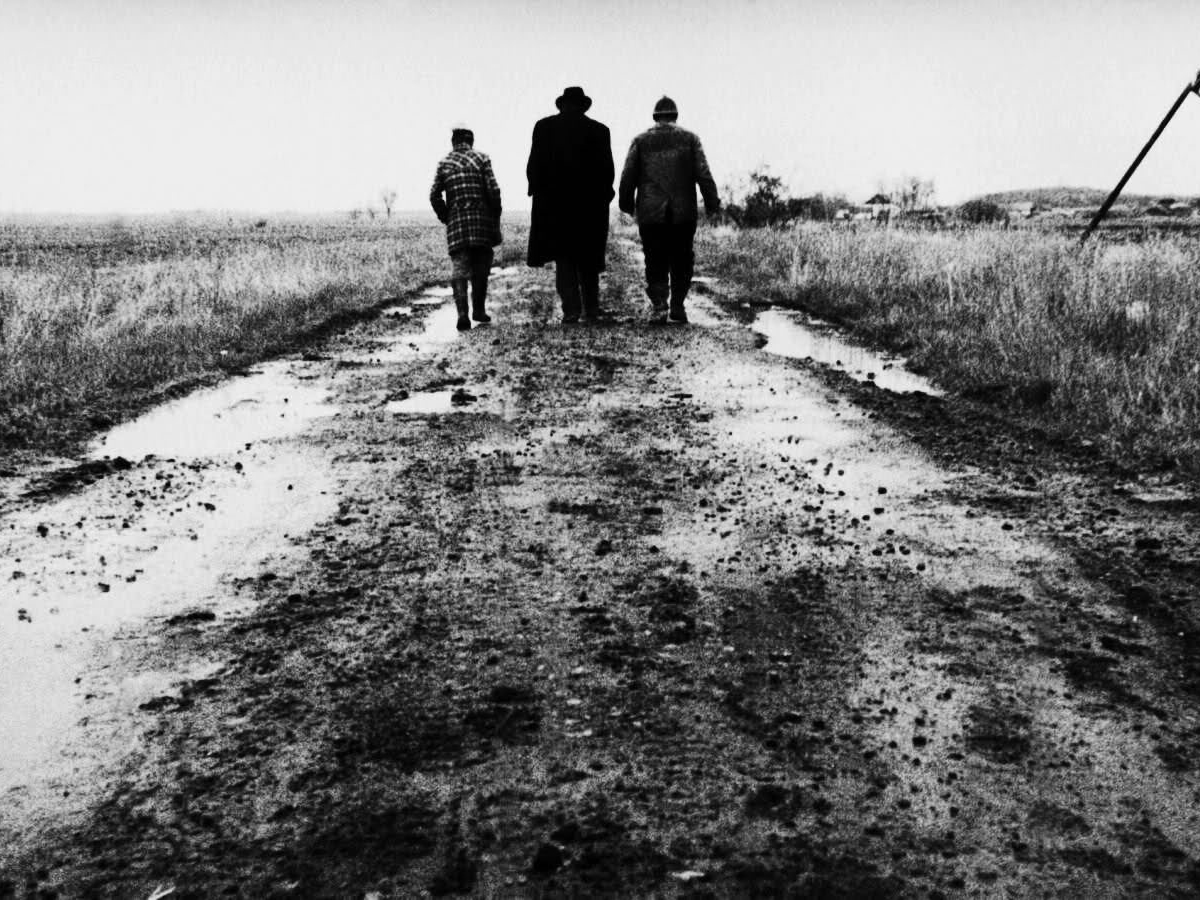 “God is not made manifest in language, you dope. He’s not manifest in anything. He doesn’t exist... God was a mistake. I’ve long understood there is zero difference between me and a bug, or a bug and a river, or a river and a voice shouting above it. There’s no sense or meaning in anything. It’s nothing but a network of dependency under enormous fluctuating pressures. It’s only our imaginations, not our senses, that continually confront us with failure and the false belief that we can raise ourselves by our own bootstraps from the miserable pulp of decay. There’s no escaping that, stupid.”

“Damnation left Karrer barking in the face of a dog, like a final image of the human condition. Before the face of the same actor is made to appear behind a window, Sátántangó opens with a long sequence shot, showing us a herd of cattle leaving their stable. Cows are animals endowed with a weak symbolic power. It is, therefore, as an actual herd, and not as an image of herd mentality, that they must appear to us. Their inaugural presence is certainly given without explanation, but we can justify it a posteriori: with the departure of these cows, the last stock of a collective farm is being liquidated. And it is the money from this sale that will be at the center of the intrigue.” 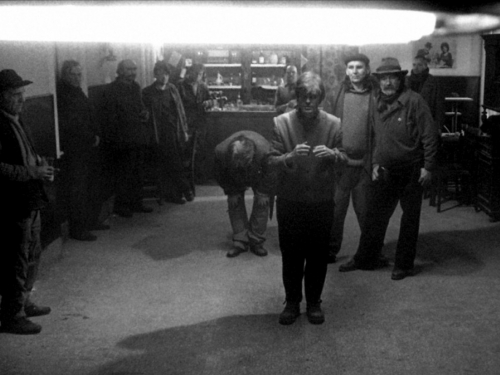 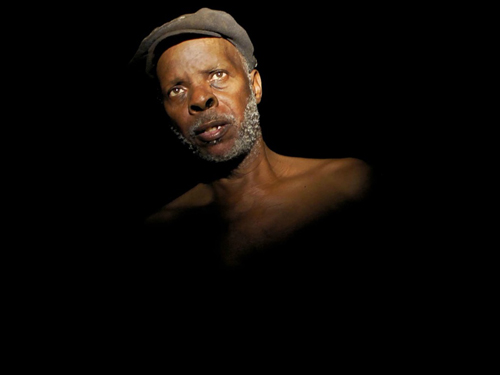