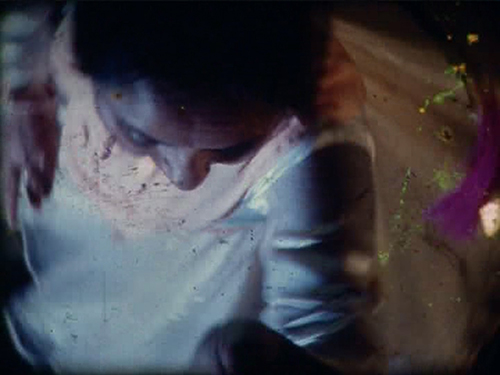 “Priya is an extended aerial shot of a twirling Kathak dancer. The footage was buried in various organic materials deteriorating the initial image in an attempt to shift cultural specificity and linear narratives of time and space. Rituals of burial expound successive memories of entombment; the skin of the film becomes the body of the dancer, fracturing time into a darkly evocative, psychological space.”

“I studied at the University of East London, which at the time had a very dynamic and thriving film department. It was the mid 1980s, feminism was still a force to be reckoned with, as were the miners! Channel 4 was barely in existence. As a young, mixed-race, woman from Scotland – identity yet unknown – landing in Plaistow was a bit confusing. I gravitated to the film department more out of an interest in the debates than any concrete desire to make a film. I was shown the equipment, and fell in love. Film cameras were sexier than video cameras. We had a film processor, a printer and free black and white film. I could physically intervene on the film surface, creating areas of texture, rhythm and light. Unlike video, where everything seemed hidden, I could understand how the film image was formed.”

“Alia Syed’s early 16mm films were made at the London Film-Makers’ Co-operative of the 1980s, under the influence of British Structural/Materialism and in the midst of a reinvigorating wave of feminist, avant-garde, essayistic work that had been inaugurated by Lis Rhodes’s Light Reading in 1978. Although Syed absorbed both these lineages within her work – for her they were neither contradictory or exclusive of one another – she’d also go on to use the Co-op’s optical printer as a means to explore more critical issues of identity and representation in a unique way. As a mixed-race British woman, of Welsh and Indian ancestry and Scottish upbringing, her films draw from personal and historical realities in order to address the subjective relationship to gender, location, diaspora and colonialism. She was part of a generation for whom the personal was resolutely political, and her films often depart from a personal narrative in order to create confusion between fact and fiction, individual and cultural memory. Syed is interested in how the different relationships between sound and image can open up the filmic space and in creating juxtapositions that relate to her own feelings of alienation. Often taking literary sources as a starting point, Syed’s work – whether film, sound or installation – is profoundly concerned with language, with the relationship between word and image, with writing, poetry and the circularity of language. It is also, more broadly, concerned with investigating the nature and role of language in intercultural communication, with a focus on borders and boundaries, translation and the trans-cultured self. This Artist in Focus programme is the first retrospective of Alia Syed’s work in Belgium. It provides an overview of four decades of work, from her early films to the festival premiere of Meta Incognita: Missive II, part of the on-going project Panopticon Letters. The programme also includes Delilah by Syed’s sister and fellow LFMC filmmaker, Tanya Syed, as well as a number of films that were influential for Alia Syed’s beginnings as a filmmaker such as Light Reading by Lis Rhodes, Dreaming Rivers by Martina Attille, and Red Shift by Gunvor Nelson.” 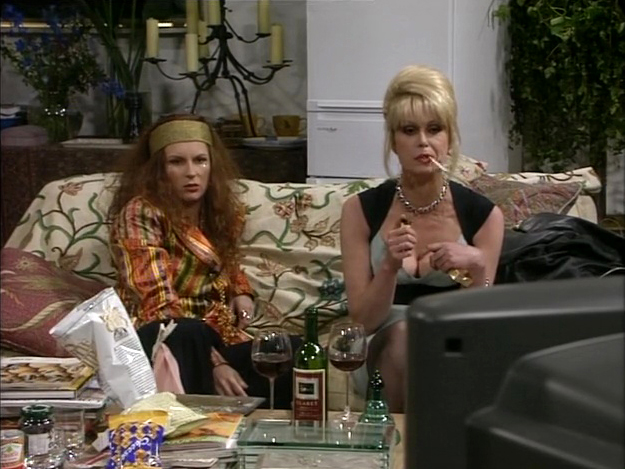 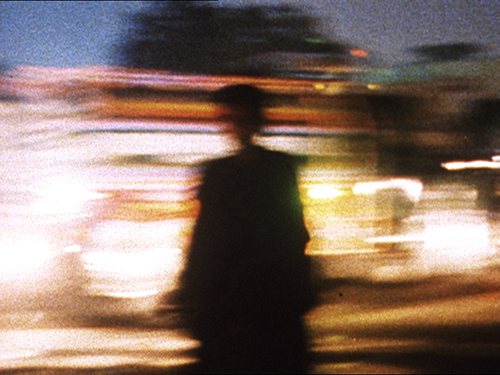 Filmed in Karachi, Lahore, and London, Eating Grass comprises five overlapping narratives, each representing different emotional states experienced throughout the day that are marked by the Muslim tradition of the five daily prayers.