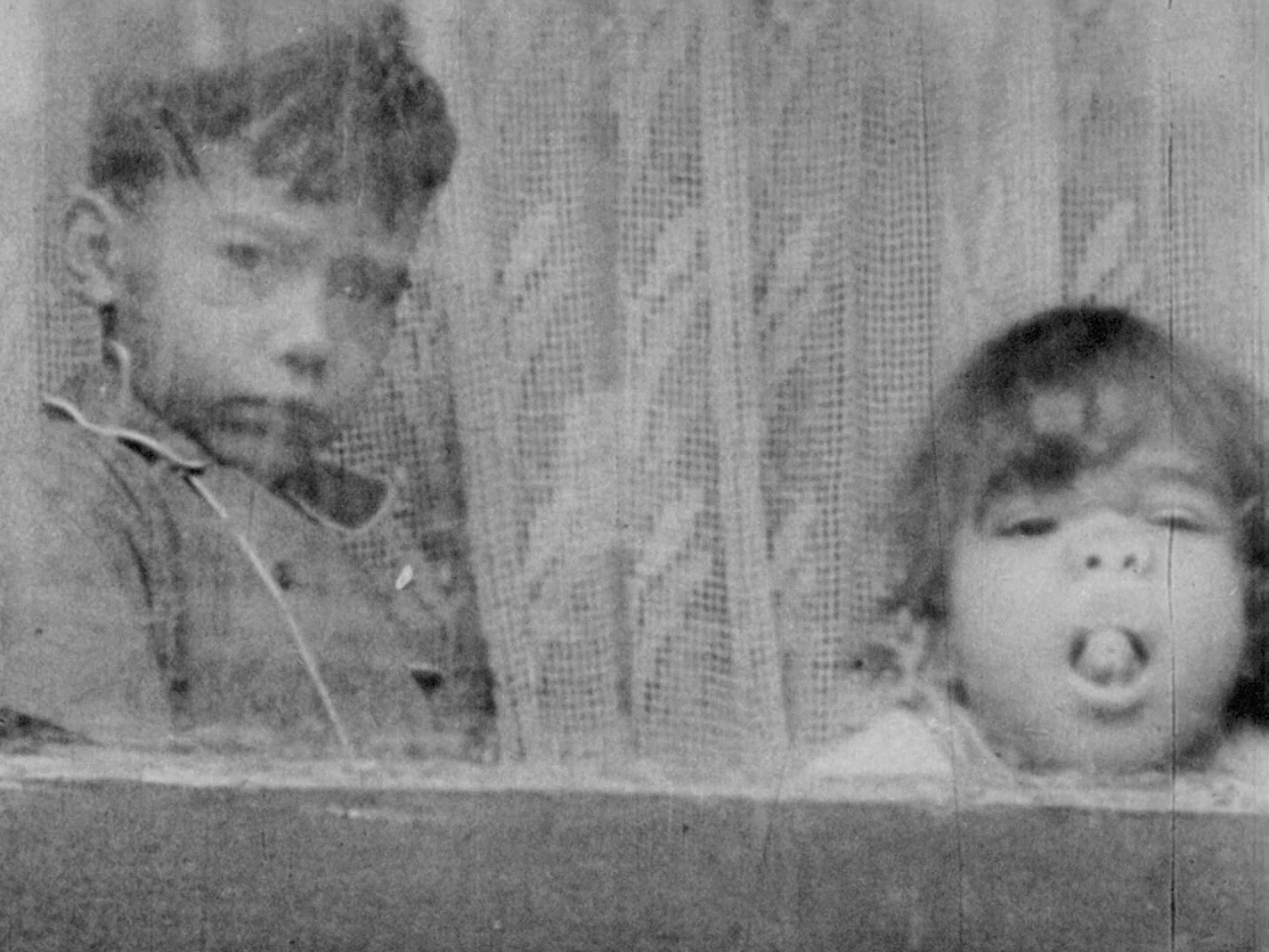 Images of street life in New York’s Spanish Harlem during the 1940s.

“The streets of the poor quarters of great cities are, above all, a theater and a battleground. There, unaware and unnoticed, every human being is a poet, a masker, a warrior, a dancer: and in his innocent artistry he projects, against the turmoil of the street, an image of human existence. The attempt in this short film is to capture this image.”

From the opening title card of In the Street

“The films I most eagerly look forward to will not be documentaries but works of fiction, played against and into and in collaboration with unrehearsed and uninvented reality.”

“Bent old women gossip on the sidewalk or walk their scruffy dogs, a little boy and girl play a sweetly flirtatious game with gypsy beads, a child stuck indoors wistfully presses his or her nose and tongue against a windowpane, and kids frolic under water hydrants. Images of children predominate, no doubt because Levitt specialized in candid photos of children’s culture, which she later published in a book titled In the Street. Several of the scenes were shot during Halloween: children scamper up and down the busy sidewalk in surreal homemade masks and costumes, and rowdy boys fill old socks or handkerchiefs with flour, pelting one another with white dust and threatening to scatter it on girls. A few adults are also singled out: a dapper, incongruous man in a fedora who might be a pimp; a pretty young woman in a stylish dress who attracts glances as she walks past; another young woman who shouts up at a friend leaning out a third-story window; and a portly lady in a fox fur and gaudy hat who picks her teeth before donning a pair of gloves.”

“On the one hand, this film is nothing but a reportage pure and simple; its shots of Harlem scenes are so loosely juxtaposed that they almost give the impression of a random sample. A child behind a window is seen licking the pane; a woman with a terrible face passes by; a young man languidly watches the spectacle in the street; Negro children, intoxicated by their Halloween masks, dance and romp about with complete self-abandon. On the other hand, this reporting job is done with unconcealed compassion for the people depicted: the camera dwells on them tenderly; they are not meant to stand for anything but themselves.” 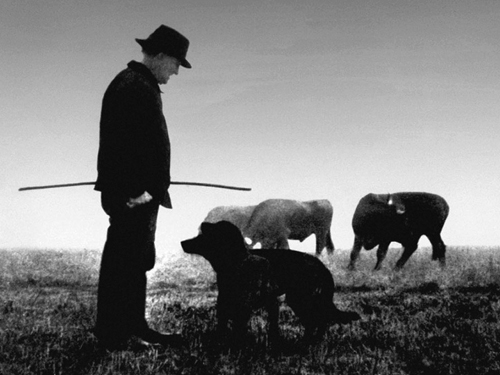 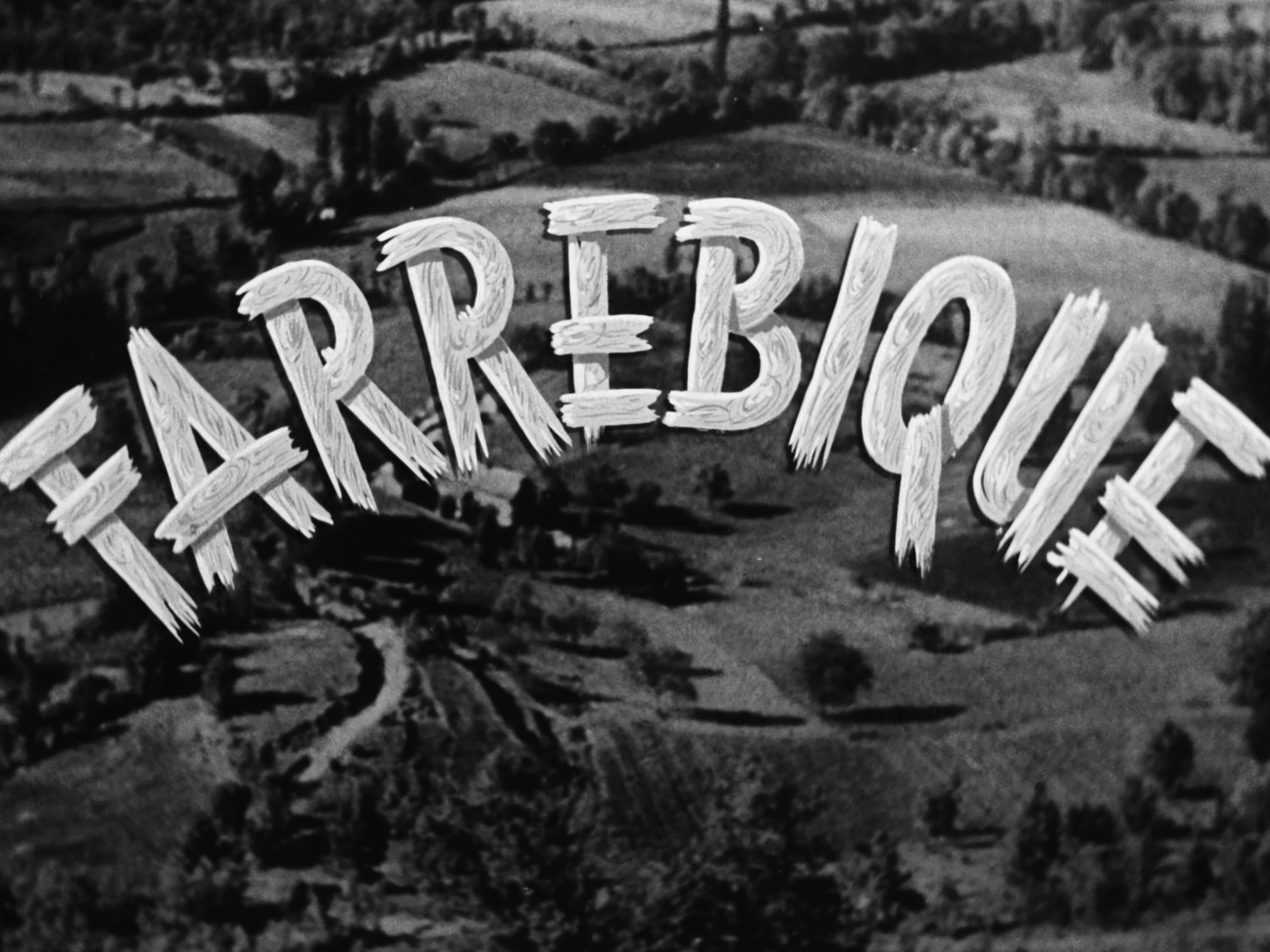 DOSSIER EN
The Case of Farrebique
Compiled by

Farrebique ou les quatre saisons (1946), the first full-length film by Georges Rouquier, depicts the everyday life of a family of French farmers in the postwar period following the rhythm of the different seasons, evading the classic division between fiction and documentary, allowing the reality of details to thrive with a great sense of poetry. The controversy around the film brought into sharp focus the limitations and paradoxes of some of the denominators that have been used ad nauseam to divide and evaluate the cinematic landscape: documentary and fiction, authenticity and duplicity, asceticism and artfulness. This Dossier, comprising a long interview with Rouquier, a reflection on the polemic at the time, and texts by André Bazin, Jean Painlevé, Georges Sadoul and James Agee, presents a portrait of the “case of Farrebique”.