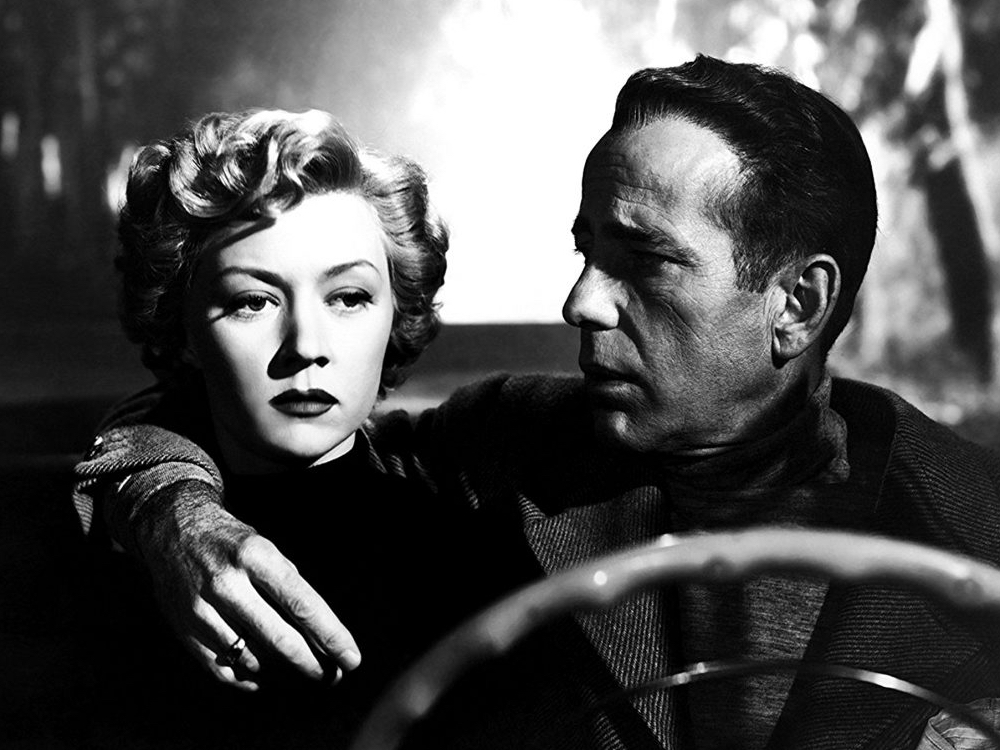 “There was theatre (Griffith), poetry (Murnau), painting (Rosselini), dance (Eisenstein), music (Renoir). Henceforth there is cinema. And the cinema is Nicholas Ray.”

“In a Lonely Place should also be seen as one of the most important progenitors of ‘anti’-Hollywood noirs, reminding us how important this subgenre has been, from Sunset Boulevard (Billy Wilder, 1950) and The Big Knife (Robert Aldrich, 1955) to The Player (Robert Altman, 1992), three of the best Hollywood noir films. In all four cases, Hollywood is a place, a state of mind, and, most significantly, a frame for an existential question. […] The answer Ray’s film gives is not encouraging, and in this respect it clothes its subject in that darkness called film noir even as it transcends it and is thus, in its profound and disturbing study of love, possessiveness, betrayal, and loneliness, something more than noir.”

“Aren’t all of Ray’s greatest films – They Live by Night, In a Lonely Place, On Dangerous Ground, The Lusty Men, Johnny Guitar, Rebel Without a Cause, and others of each cinephile’s own choosing - about an exquisitely elongated, tense, doomed passage of intimacy between a man and a woman? Characters who find themselves alone with each other in a hotel room, an apartment, a cabin, a hideout, a planetarium - under stars real or artificial? Down the decades, many fine critics (from Victor Perkins and Victor Erice to Jonathan Rosenbaum and Jacques Rancière) have tried to nail down the central, thematic nucleus of Ray’s cinema; they have used evocative words like the hunt, solitude, twilight, violence, all of which capture something true to its texture of incidents and athmospheres…”

“Ray’s canonization is best understood as a result of what I call mass cultural modernism, a discursive practice by which cultural producers and consumers appropriate mass cultural forms and artifacts through a highbrow reading formation as a presumed weapon against hegemonic ideological and aesthetic systems. In order to nuance the historical generalizations about Ray as a ‘rebel’, we need to undertake a precise investigation into the critical reception of his films, the conditions of their reception, and the ways in which different taste cultures broadly imagined him as a rebel according to their political and artistic investements. To be clear, Ray was not a filmmaker who stood above or outside the culture industry, and critics did not canonize Ray in spite of his place within it.”