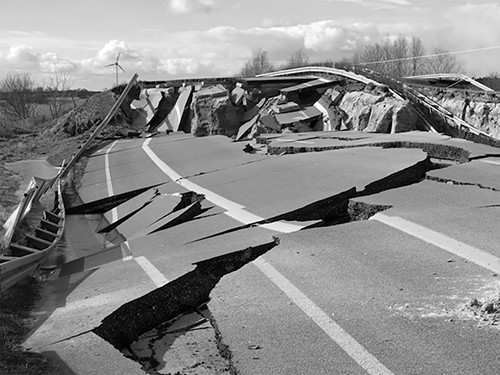 Heimat ist ein Raum aus Zeit picks up the biographical pieces of a family torn apart through the end of the 19th and into the 20th century. It is about people who by chance found each other, only then to lose each other. Now it is their descendants, their children and grandchildren who are beginning to disappear. This is all about speaking and silence. First love and happiness lost. Fathers and mothers, sons and brothers, the affairs, the hurt and the joy in landscapes of transition – each bearing the intertwining, hallmarks of their times. A collage of images, sounds, letters, diaries, notes, voices, fragments of time and space.

“The material used in this film is what remains of my family. The remnants of those I knew, whose circumstances I had been part of or had otherwise experienced. Remnants that mirror history. A history that is just as much my own.”

“What remains? Lives leave behind traces; so does the passage of time. Thomas Heise’s Heimat ist ein Raum aus Zeit examines how the one relates to the other. Using documents from his personal archive – letters, photographs, school essays, diary entries – read by Heise himself in voiceover and shown on screen, he traces out the story of four generations of his family in Vienna, Dresden and (East) Berlin. We see black and white images of the places and landscapes mentioned in the correspondence as they look today, which bear the marks of time: the labour camp in Zerbst, the former National People’s Army barracks, a university auditorium, terraced houses in Mainz. There are also cracks in the earth, mounds, open strata and railway stations, trains and tracks again and again. First loves, fathers, mothers, sons and brothers, the deportation of the Viennese Jews, war dead in Dresden, art and literature, East German socialism and staying respectable – using fragments from the repository of personal experience, meticulously chosen and pieced together with gaps, Heise tells nothing less than the story of Germany in the 20th century. A great film, and one that will remain.”

“The film was in my head, constantly changing, certainly since the end of the ’80s, yet always in the GDR. No title or idea, but a diffuse commission. It dragged on like that. Then I was alone and it went quickly. Around one year of preparation, transcription of letters and documents, etc. About 25 days of shooting in a row, then sound and editing preparation, then about 12 weeks until the first rough cut, including the majority of sound recordings. A free weekend, then further into the details. Then the exchange of the initial short deportation list sequence for the final scans, which are stoically rolled out in front of you for more than 20 minutes. That was relatively late. I assembled this scene purely according to text, then ordered the lists, underlined the surnames in them, and then synchronized image and sound. We built this, including Marika Rökk and the pile of wood and stone, afterwards. Blindly, without any control. Then we took a look at it once and did not change a thing. It was striking. And the end, the ‘I,’ that also came at the end.”

Thomas Heise in an interview with Filmmaker Magazine2

Christopher Heron: The sound design does a good job of creating a space that contrasts the flatness of the documents, how did you approach that element of the film?

Thomas Heise: It’s all working on the theme of the separation of the image from the sound. We wanted to create that effect throughout, so it’s the same with the sound: we almost did no synchronous sound. In a few spots you hear what’s actually being shown, but it’s very rare. The sound guy is a musician himself and he was really pleased that we weren’t doing synchronized sounds, that he could source the sounds. His mandate when we were shooting images was to go out and collect sounds from the woods, the trees, the birds, whatever he thought would work. He was always collecting. The idea throughout the film was to create a distance from the object being shown, a disassociation. I do that with the cars, there are almost no cars in the movie. There’s the one scene where they’re talking about inflation where you see cars as cars, but mostly you see cars being transported on trains, which is unto itself absurd. The idea there is to make the viewer reflect on the object itself. I didn’t want to highlight it, but it’s something the viewer might become aware of later. It’s something I’m suggesting, hinting at… it’s there.

Thomas Heise in an interview with The Seventh Art3

“One of the reasons that it can be difficult to write a general essay about Thomas Heise’s films is because they tend to eschew generality. While they obviously share a distinct set of historical and political concerns, the films do not display a single dominant style. Rather, Heise seems to adapt his procedures to the inquiry at hand, letting the subject matter give shape to the documentary he’s making.”

“The close-ups of family photos – memories of the past, phantoms from a different time – are characteristic of Heimat. The film is like looking through a family album, which the director opened for us. He lets us into his world, the intimate world of letters, of love, of painful memories. The letters convey historical shifts, often drastic, that implicate the family. The macro cosmos and micro cosmos clash in Heise’s film. How did history affect the average person? Letters across the inner-German border speak volumes; the clash between a capitalist and a communist society, their ideals, also their mutual distrust.”