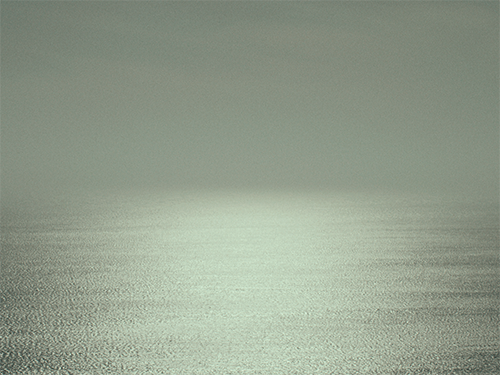 In a popular suburb of Dakar, workers on the construction site of a futuristic tower, without pay for months, decide to leave the country by the ocean for a better future. Among them is Suleiman, the lover of Ada, promised to another.

“Atlantics (2019) is an extension of my first short film shot in Dakar, Atlantiques (2009). In this short film, I filmed Serigne, a young man who is telling his friends the story of his sea crossing. It was the ‘Barcelone ou la Mort’ [Barcelona or Bust] period when thousands of young people were leaving the Senegalese coast for a better future by attempting to enter Spain. Many perished at sea. In 2012, several months after the Arab Spring, riots shook Dakar, a citizens’ uprising took place in Senegal, propelled by the movement ‘Y en a marre’ [Fed Up]. Most of the young Senegalese wanted to oust Abdoulaye Wade and impose his resignation. This citizen awakening marked me because symbolically it reminded us that Senegalese youth had not entirely disappeared. ‘Y’en a marre’ turned the page on the dark chapter of ‘Barcelone ou la Mort’. For me, somehow, there were not the dead at sea on the one hand and young people marching on the other. The living were carrying the dead within them, who had taken something of us with them when they went. It was one single, collective story. That’s what I wanted to express in Atlantics.”

“Atlantique is inhabited by the strength of the originality of its scenario. Mati Diop treats the issue of clandestine immigration from a mystical viewpoint, summoning the jinn (the spirits of the Muslim imaginary) to address one of the reasons for this perilous risk-taking: the lack of perspective for many young Senegalese even when they have a job. Tangentially, the film denounces those who exploit them, rather than simply paying them the equivalent of the fruits of their labor. In the meantime, Ada is waiting for Suleiman, who seems to have returned to the capital. However, she is not the only one to pursue him. The police, embodied in particular by the dashing inspector Issa (Amadou Mbow), is also on his tracks because of a mysterious fire that broke out in Ada’s bridal chamber. In addition to the police investigation interrogation, Mati Diop asks her own questions. What happens to the souls of all those who perished in this great blue vastness that they sometimes saw from their room? What are their final hopes? By presenting their thoughts and their relationships with the living, the filmmaker delivers her own response, plunging the viewer into a magical haze: thanks, among other things, to the repetition of images that return to the sea. Her elder and compatriot, the poet Birago Diop, did he not already say that the dead were not dead? ... In Atlantique, they are in the foam of the sea.”