On May 25, director and screenwriter Paul Schrader’s classic Transcendental Style in Film: Ozu, Bresson, Dreyer has been reissued by its original 1972 publisher, the University of California Press, with a new 35-page introduction ‘Rethinking Transcendental Style.’ In this update, Schrader situates ‘transcendental style’ as part of a larger movement in post-war cinema and integrates his ideas on (contemporary) slow cinema.

In the diagram below, Schrader differentiates between what he dares to call “Surveillance Cam” filmmakers, who emphasize capturing day-to-day reality, “Art Gallery” cinema and Mandala or “meditation” cinema. “I laid out this cosmogony of where all these directors were after breaking free from the nucleus of narrative (N) and they’re electrons shooting off in these three directions,” Schrader explains. “I also drew what I called the ‘Tarkovsky Ring.’ What happens when an artist goes through the ‘Tarkovsky Ring,’ that’s the point where he is no longer making cinema for a paying audience. He’s making it for institutions, for museums, and so forth.” As Kent Jones wrote in his blurb for the book, “you can take issue with Schrader's categories and critera and argue with him as you go...” 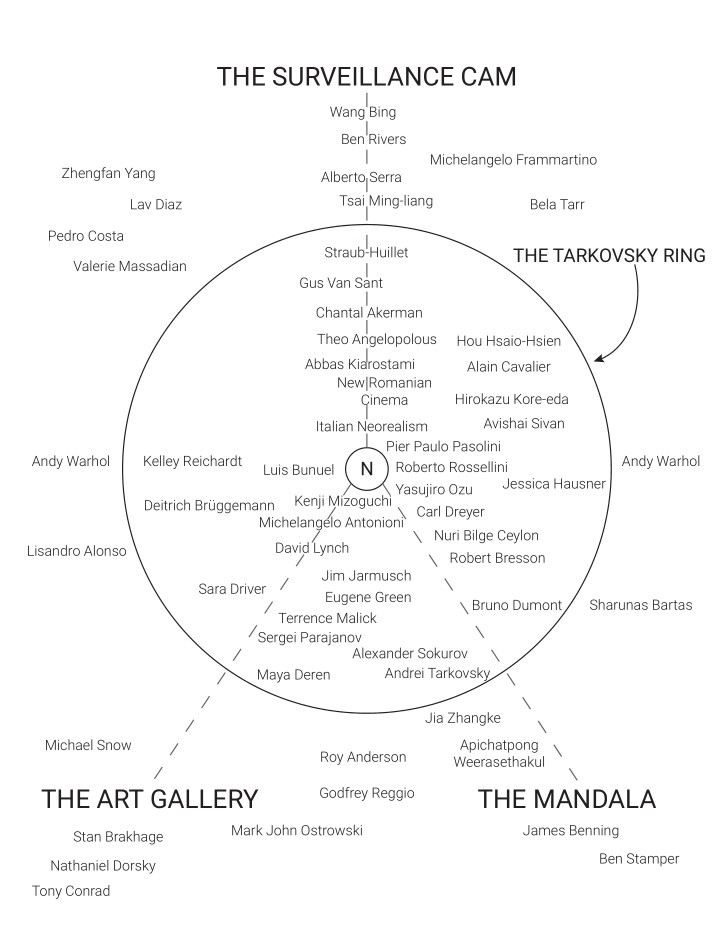 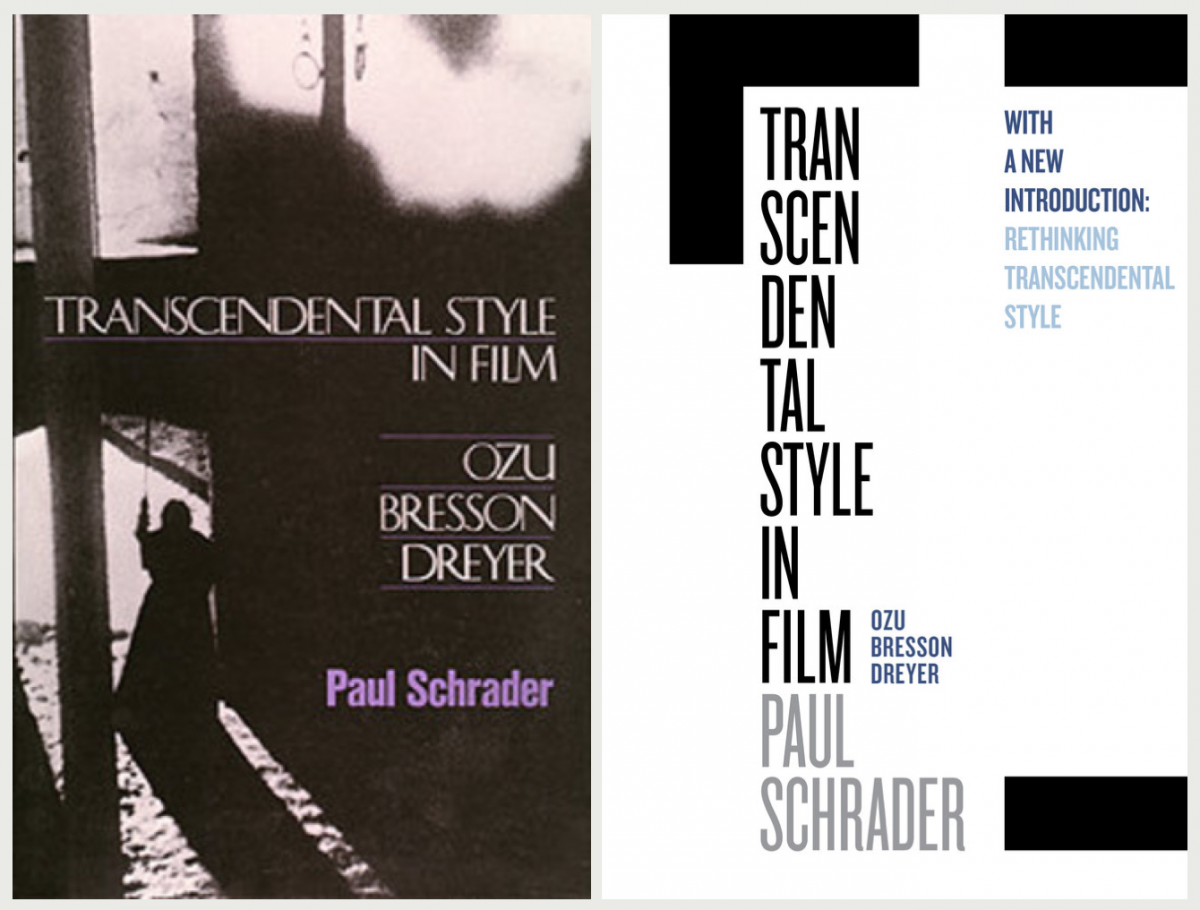 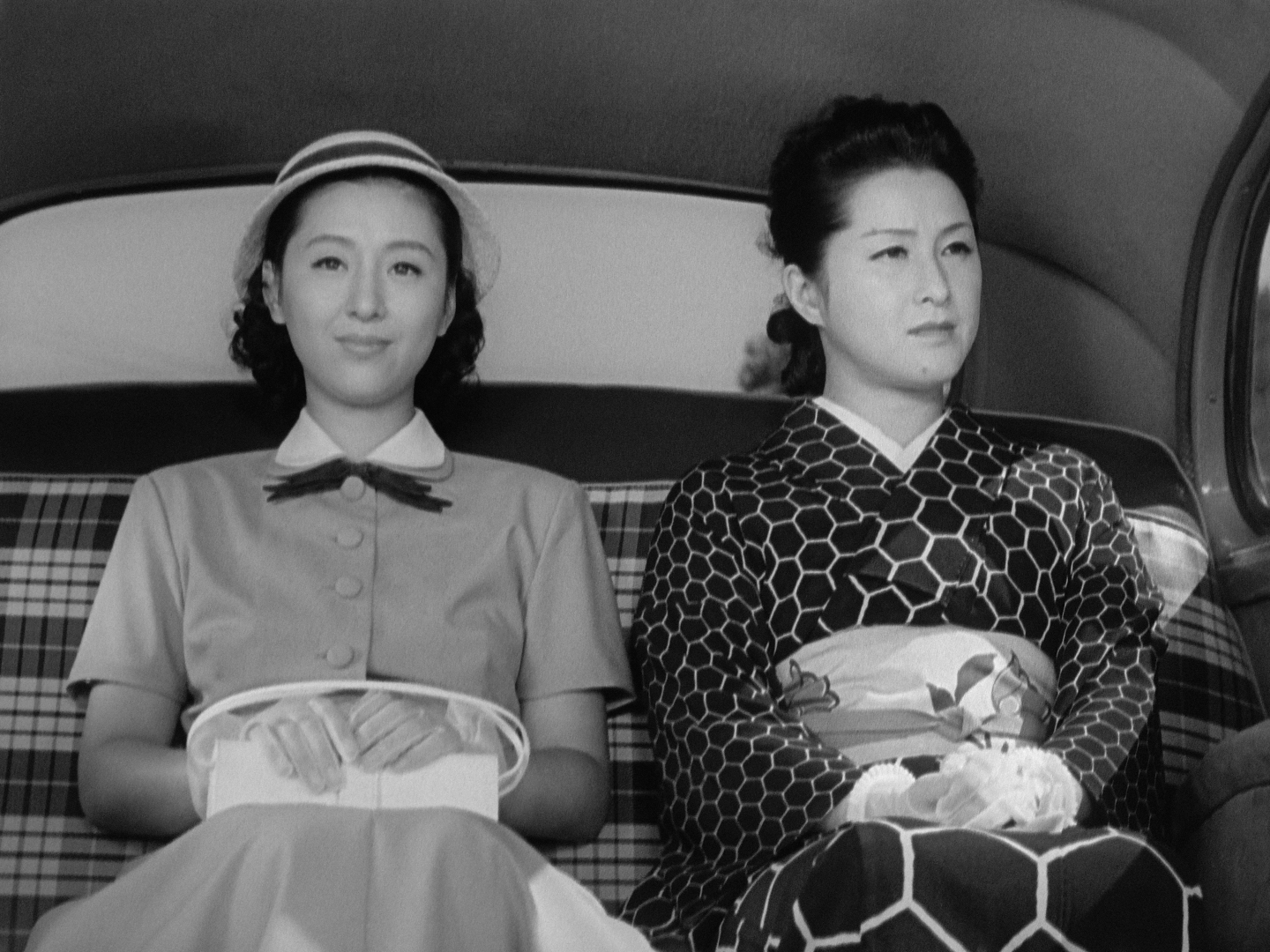 One of the ineffably lovely domestic sagas made by Yasujiro Ozu at the height of his mastery, The Flavor of Green Tea over Rice is a sublimely piercing portrait of a marriage coming quietly undone. 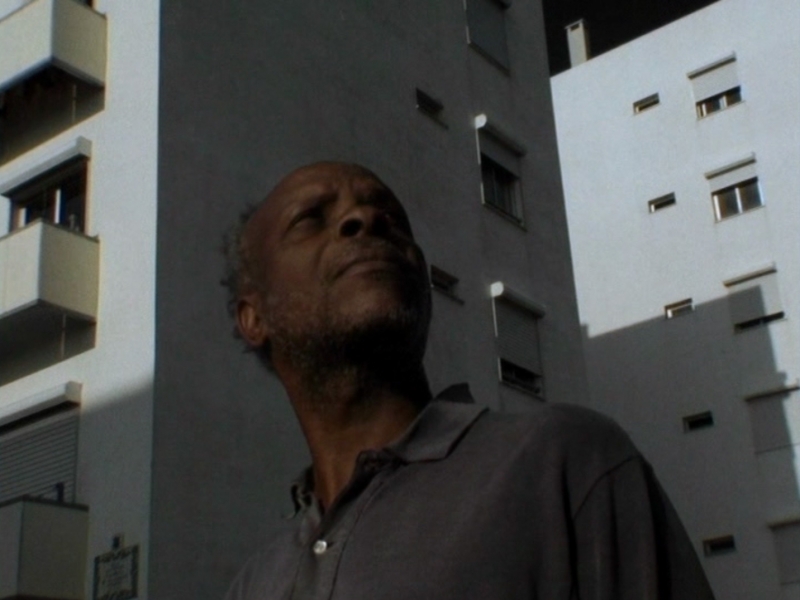