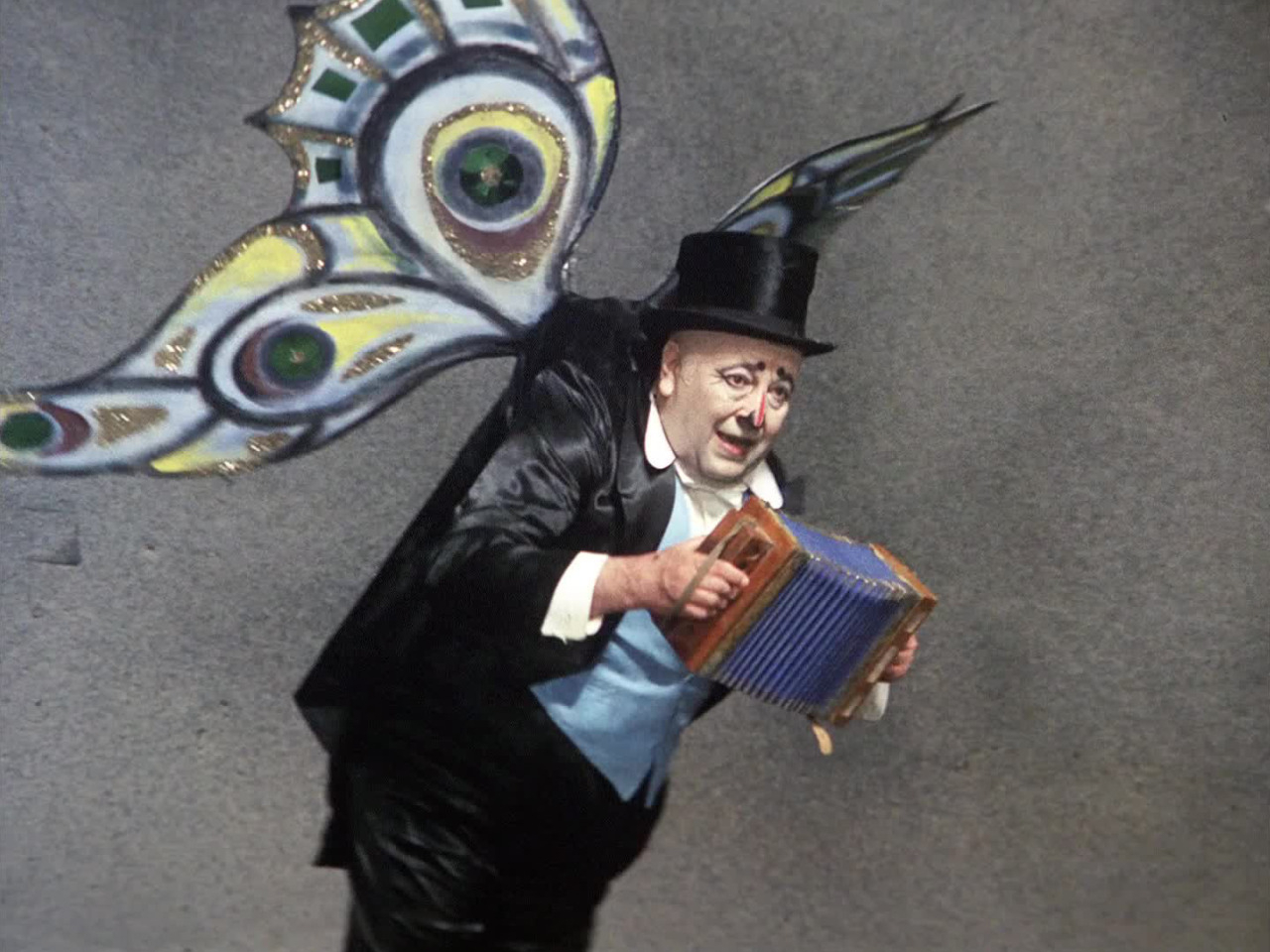 By observing and talking to current and former practitioners of the profession, Fellini and a comically clumsy film crew investigate the director’s childhood obsession: the circus clown.

“The clowns didn’t make me laugh, on the contrary, they terrified me. Those plaster faces and enigmatic expressions, those drunken masks, the shouts, the laughter, the stupid and cruel pranks reminded me of those other strange and disturbing characters that can be found in every provincial town.”

Fellini Fellini in I clowns

“But let us return to Fellini’s I Clowns: This film had in a sense terrorised me. Yes, lots of laughter, but it’s laughter which is a defence against whatever most frightens you. It’s perhaps the deepest wellspring of comedy, and many others have noticed it before me. From everything I’ve ever seen at the movies, nothing made me laugh more, for example, than the sequence from Smorgasbord, (aka Cracking Up, 1983) by Jerry Lewis (don’t protest too much if, as is usually the case with American friends, the French admiration for Jerry Lewis seems the most scandalous, perverse or retarded trait of our Gallic cinephilia) where Lewis goes to the psychoanalyst for the first time and finds himself so overcome that all the furniture of the consultation room – the floor, the armchair – begins not only to creak but also to slide and change its shape so as to almost melt, especially the armchair he’s sitting in for his first session, which begins to literally devour him, to swallow him, to make him disappear when he’s confronted with the almighty power of the analyst. I laughed at this scene so violently that I remember it physically; it was a violence that twisted my stomach, knotted my whole body with anguish, in an empathetic way, of course. And Fellini’s I Clowns had more or less the same effect on me.”

“I don’t know if there’s a social meaning to the clown... It’s easier for me to communicate that way, that’s all. I am a clown. Even if I don't wear clown makeup all the time. We can be sure it’s always the comic, the clown, the one who makes us laugh, who is the first to communicate, without even the people realizing the communication, sometimes without the clown knowing it himself. [...] The meaning of the clown in the world today? It’s that the clown doesn’t take himself seriously and that the world does. Much too seriously, but not enough. People don’t know what matters most. They agree, too much importance. The world is vast. We don’t stay on it for very long and we must stop making a garbage heap of it. One of the great recipes for that is to make people laugh. If we’d made Idi Amin laugh more, he would have had less time to hate.”

“And in fact, isn’t the cinema, I mean making films, living with a group of people making a film, just like circus life?”

Federico Fellini in I clowns 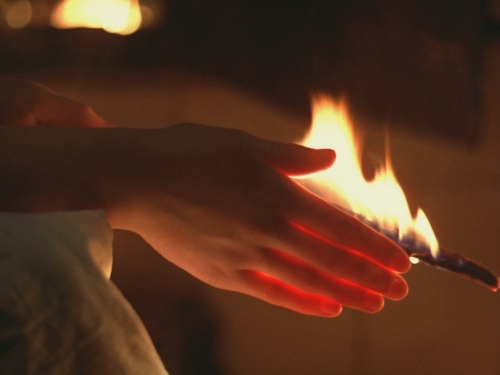 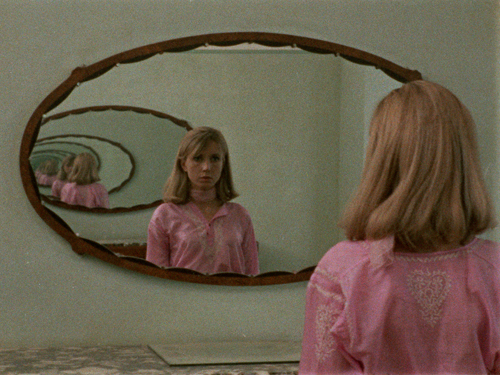