Despite all the improvised preparations, the map seems to track different roads, the car is in fact too heavily loaded, the lunches too quickly consumed. The hill is not marked on the map and is too steep, and there is no place to be found where you can discreetly relieve yourself. In Wanda, we immediately see a different relationship to time. The classic Hollywood narrative says: I do not want a time that passes in the movie theatre (but time that costs a lot of money). The non-traditional film says: due to limited financial resources, I have to opt for time that does pass, time that takes place in the cinema, for the audience. The most important question every filmmaker has to ask himself, therefore, is: how much, and most of all, what kind of time do I need? The answer determines everything.

As a smoothly operating machine that clearly and efficiently delivers meaning, film is a beautiful, modern ideal. Howard Hawks spoke this way about his Westerns. Still, there are things that are left untouched: longing, for example, is not an efficient and well-oiled machine: human relationships are only neat and clear in theory. Hesitation cannot be deployed, any more than awkwardness can, except when the film is a comedy. Wanda is a grandchild of Buster Keaton, all the more so because we are unable to laugh (the Buster Keaton handicap). 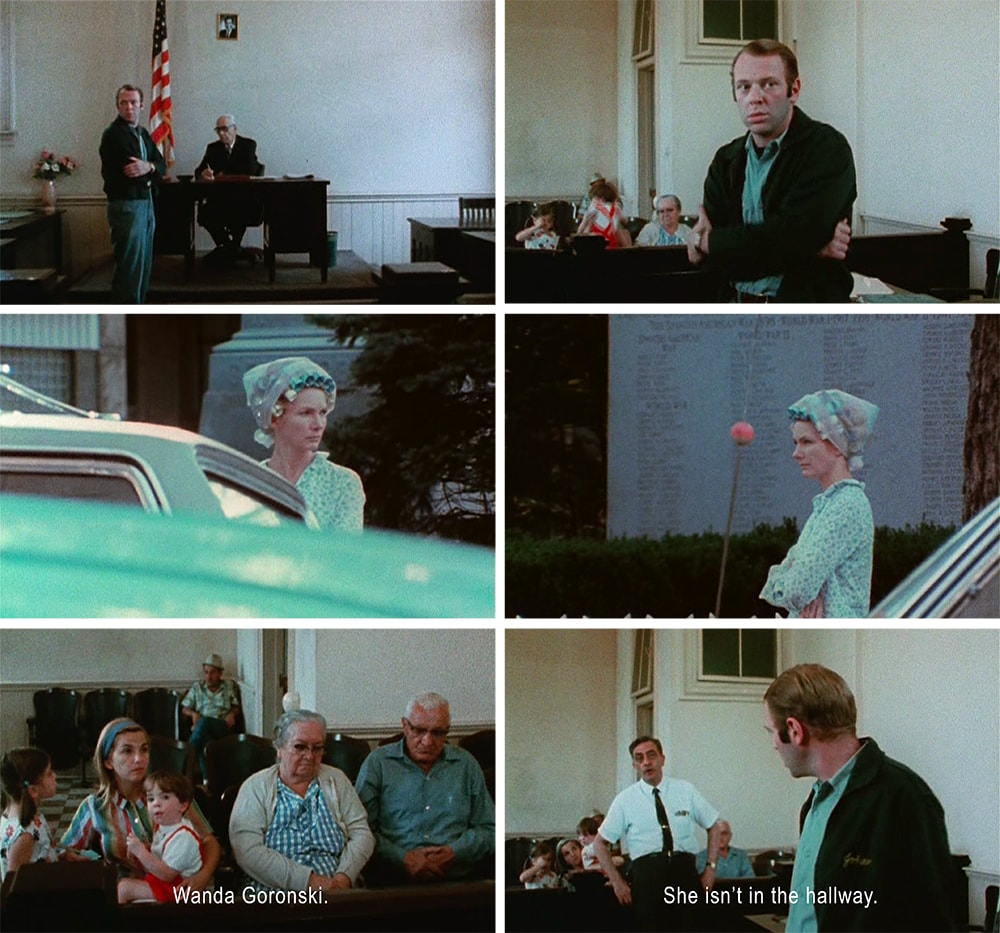 Here too, the best solution – as it was for Howard Hawks – is a practical approach. Just give it a try.3 Barbara Loden filmed every bit as economically as Hawks, her fellow filmmaker did: in a single motion of the camera; a few setups had to make do. The efficiency with which she filmed is astonishing. There is no precious European aestheticising. It is brutal and direct.

Why then, does this film give the impression that it takes its time, is even slow? Why does this film not captivate its audiences? Indeed, there is action, the chase, attack, violent death, so why does the film leave its audiences so bewildered? Like Godard’s A bout de souffle, it is an action film without action.

Like Godard, Loden filmed the action from a blind spot. It is ambiguous about motives and causes, objectives and consequences. In action films, people presume that one knows where the story is leading. Loden leaves it all unexplained. However efficient her filming, something essential is missing on screen: an answer. What is there in its place – nothing. A character that is actually not a character, a story not excitingly told, an environment so fearfully ugly that people look away in dismay, ...

Loden – also as the protagonist, in front of the camera – plays Wanda with great detachment. Her acting implies the character without being that character. She is emphatic but not emphatic – does not identify herself with the character. There is no “bad mother” pathos. Loden disinterestedly abandons that figure to fall where in may in the very first images. She is not together with the character, but engaged in kneading an image from her, as if it were a technical exercise in an acting school.

Just then; something exceptional happens. As Wanda enters the courtroom (justifiably a frequently cited scene), there is emotion and insight. We still do not see the character, but we very clearly see the figure; the blueprint. It is a drawing without shading, without volume, gaunt and lucid. We suddenly see that this is “it”. This is something the traditional film, acted to the full, can never give the viewer: this staggering “this is it.” 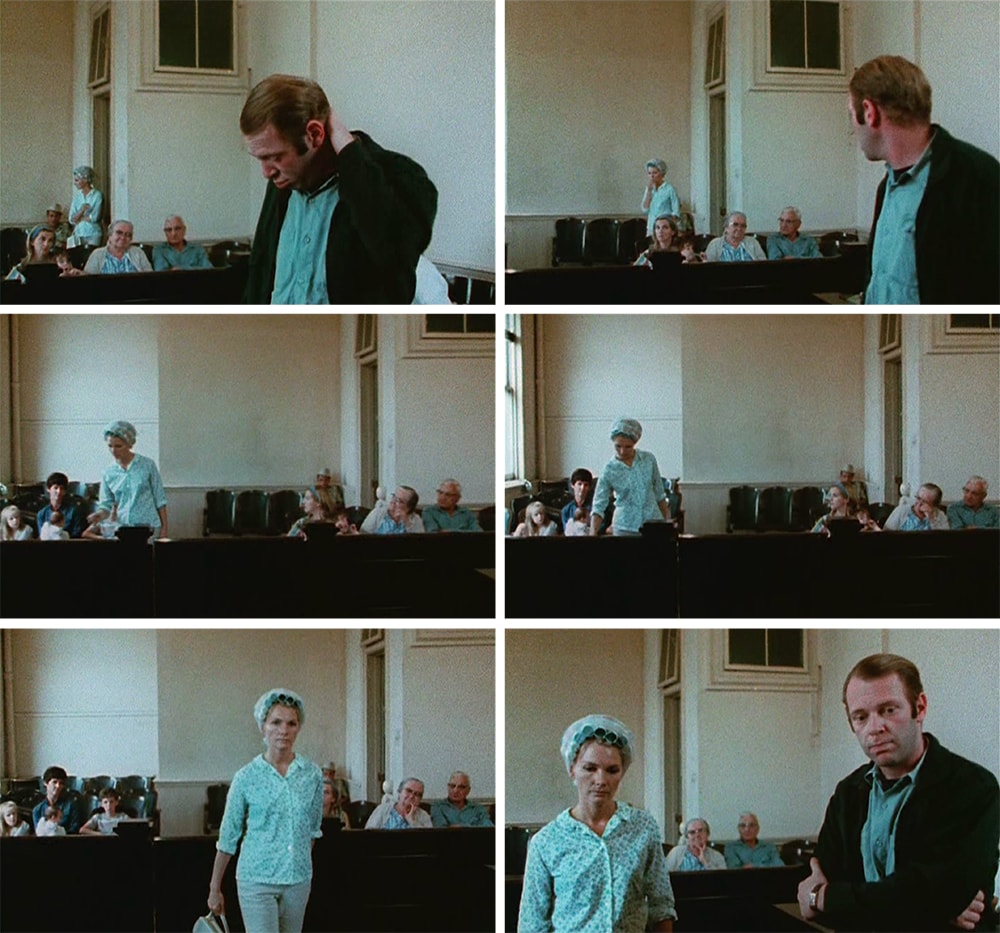 When Wanda enters the courtroom – slow is not the appropriate adjective to describe her manner – she is summoned to extinguish her cigarette. She takes a step to the right in order to deposit the cigarette in an ashtray, then sticks her right hand into the pocket of her pants. The three phases carefully flow into one another, three phases in which the workability of the fundamental outline is put to the test. The interweaving immediately becomes a small, but gripping enunciation, expressed with unyielding, obstinate material. That step off to the right, that cigarette, the dust puffing out of that pocket, the shirt hanging out over the pants, the hair curlers under her scarf – Wanda lets herself be documented: the document is the domain of the recalcitrant subject matter. With Actor’s Studio techniques, Loden and her ‘props’ are played against one another, but the final ensemble is never disclosed. Instead of rich, lavish acting, this is gaunt, concentrated focus on what one might be able to do.

Everyone knows what happens then. You shift into document, or more precisely, the documentary. It is a lovely shift: moving alongside the original storyline (if we can call it that). This can never be the ideal of cinema, however, even when one is aware that any film can momentarily be brought out of focus and become a document itself. We stand alongside Barbara Loden and see how she tries Wanda out. This is something quite different from the payback or settling of accounts that such detachment might signify. Such intentions play no role here. There is no rancour, no preaching. This way, the exercise itself can be part of the character. In one layer, the actress stands far outside and above Wanda. In the next layer, her ‘above-and-beyondness’ becomes Wanda herself. The lesson is the presentation, in an entirely unexpected mise en abime.

In the supplements to the DVD release, Isabelle Huppert states that Wanda is not a frontal character – the self-evident precondition for the classic Hollywood film.4 To that, one can add that Wanda is no official film. Wanda represents no collectivity, is not a social representative whom we can delegate, who imposes order to the multiplicity of voices. Wanda does not stand for mothers, or for modern women, or for victims. There is no representation. Wanda always comes up absent.

In the same interview, Huppert mentions that the acting in Wanda unfolds in an entirely different rhythm than in the classic sound film, which works to the rhythm of the dialogues. One can add that Wanda works to the continuity of the eye. Language is articulation (syllables, words, sentences, paragraphs). The eye is in fact perpetually open, between waking and sleeping. In one continuum, our watching slides like a long, stretched-out panoramic motion from foreground to background, from left to right. Sometimes we see something. Mostly, we watch without focusing.

Wanda looks; but does she see anything? Were the opposite the case, we would find ourselves in an engrossing story where questions call for answers, actions provoke reactions and conclusions are drawn from facts. Nothing of all this takes place here. Not that the world, not even that of Wanda, is without rules. It is just that Loden cannot go into that just now. In the here and now she is concerned with “what”, not “why”.

Just how good Barbara Loden’s Wanda is can be seen here: we have no need whatsoever to ask about the “why”. Apparently, we can do without any explanation, and this leaves us dumbfounded, anxious – to quickly suppress that insight.

Many thanks to Bart Meuleman and Mari Shields. 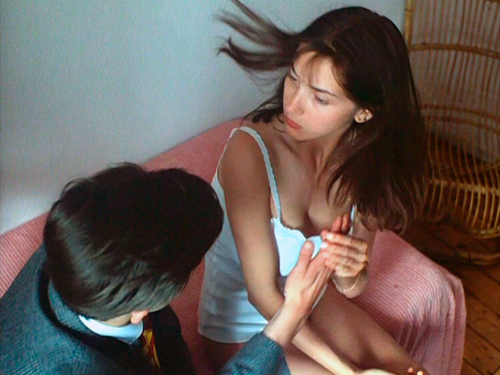 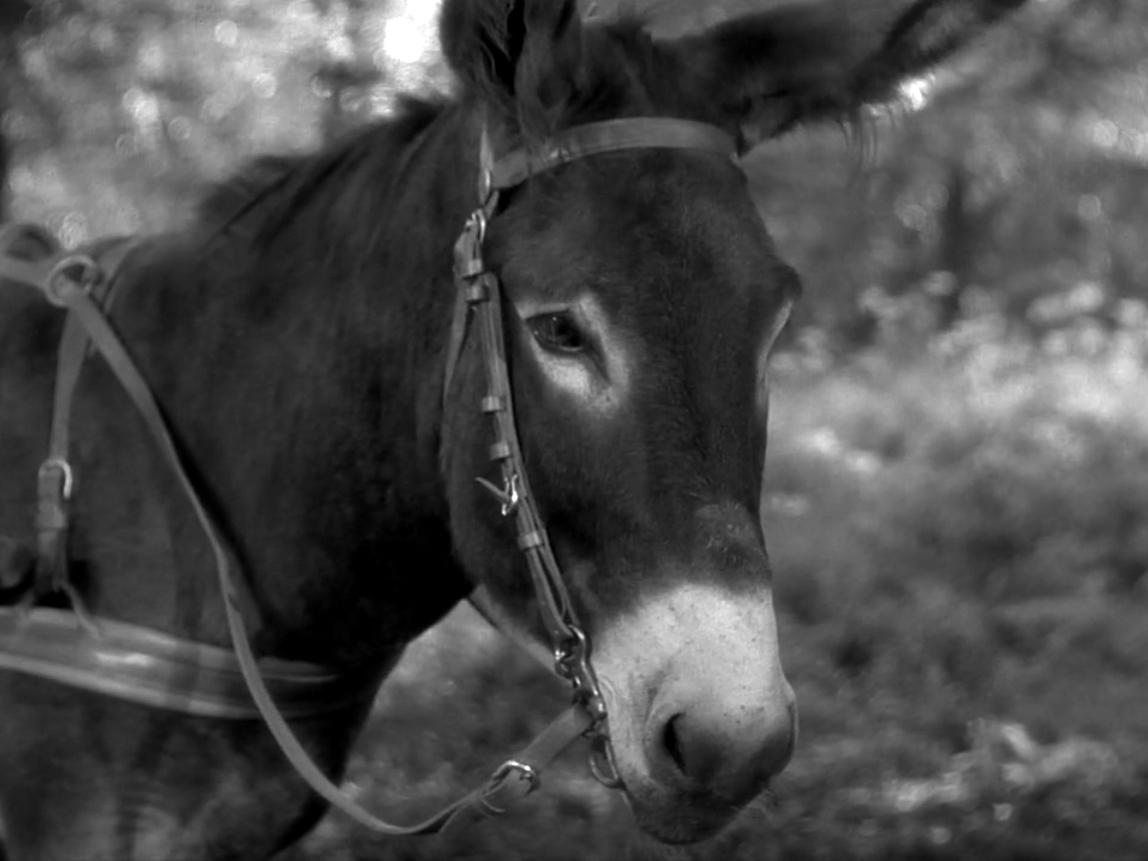 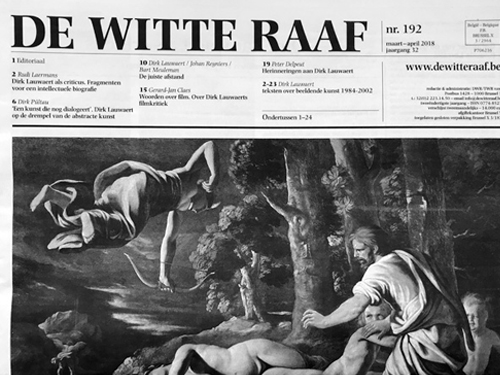 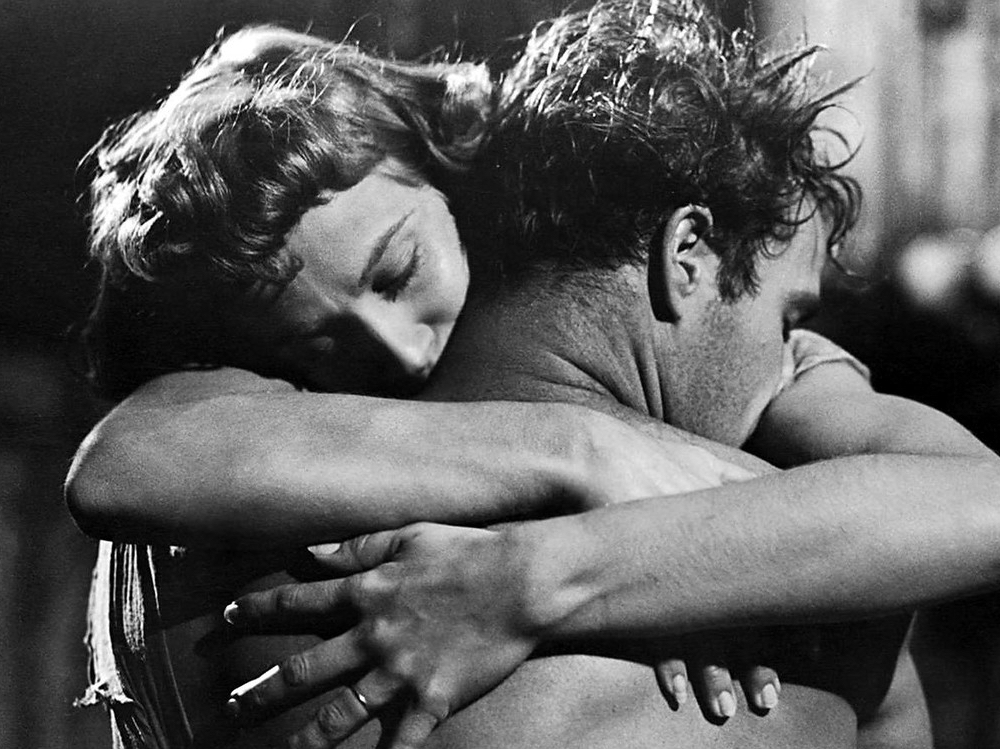